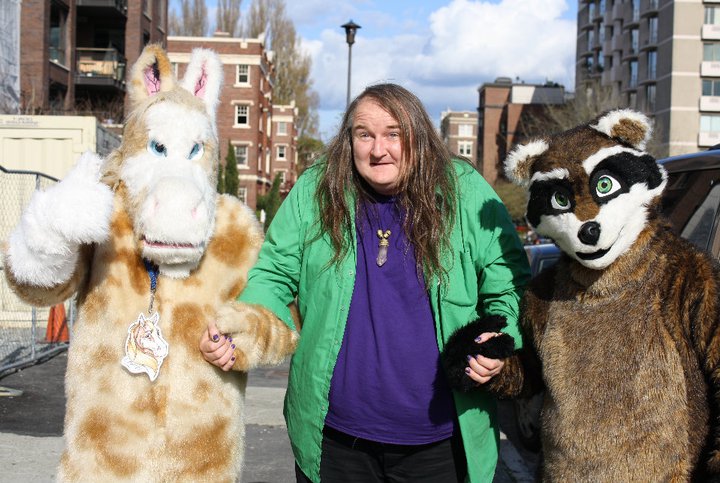 It was a phrase used by C.A. Conrad when he visited Seattle and did a reading at SPLAB. He said he loved being part of our City of Poets. Our current Board President, Eze Anamalechi likes the idea of a Poetic Commons.

Another Board Member, Joe Chiveney, suggests we have Saturday workshops where the critique goes deeper than the Tuesday night Living Room circles.

One guy who took the Organic Poetry course at the Richard Hugo House, Aaron Kokorowski, wants to know if a takeoff on Warhol’s Factory project is possible. His equation SPLAB + Factory = SPLACtory.

Nadine Maestas wants to do a more academic look at Allen Ginsberg during the Ginsberg Marathon.

Brian McGuigan wants to throw a poet’s party with “the ones that write poems about salmon and death and email and shit I don’t even understand, small press poets, homemade chapbook poets, everyone, and come get to know each other, sort of like a mixer.”

You get the idea. Now, it’s your turn.

SPLAB is at 3651 S Edmunds in the former Columbia School. Just off Metro’s 7 or 8, a couple of blocks from the Columbia City Link Light Rail station with plenty of free parking, join the commons. We’ll also talk about Cascadia.