Things are getting close to critical here on the Nelson home front, with Ella Roque due on March 10 and the Cascadia Poetry Festival coming up March 23-25.We could use more registrations for that event and with the lineup we have, $50 for a complete weekend gold pass is cheap.

Nico Vassilakis is adding a night called Puget SOUND Poetry on Friday the 23rd and it will happen between music sets at the Royal Room, Columbia City’s amazing new music venue at 5000 Rainier Av S.

I have a recent haibun published in the About Place Journal, with many other local poets, including the new Washington Poet Laureate Kathleen Flenniken. (Yes, WordPress butchered the linebreaks. Oh well.) Congrats Kathleen. 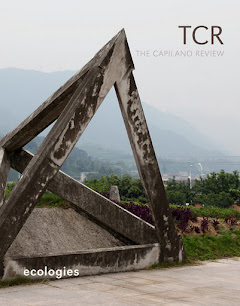 My response to the proposed Endbridge Pipeline project is part of a hunk of poems in protest to that, published in The Capilano Review, the excellent publication out of North Vancouver and Capilano University.

& I dug up the last poem in Slaughter from C.A. Conrad’s Jupiter 88 video poem project. As always, feel free to comment.