It’s March already, more evidence the drug of our time is velocity. So, I went back to Marches of the past for some American Sentences that you may enjoy. This time, I’ve added some commentary to lend some context to the occasion(s) marked by each sentence.

This was before the unprovoked war in Iraq, so I guess the word “former” was either premature, optimistic, naive, or, more correctly, erroneous.

03.10.02 – Shimmer of the hot springs pool as reflections of raindrops intersect.

This was written on a hike to the Olympic Hot Springs in advance of a writing retreat I did at Centrum, working on A Time Before Slaughter.

3.21.03 – Ground TOTALLY pink from fallen blossoms except for piles of dog shit.

This is in Auburn and another one of those sentences, likely inspired by the haiku of Michael McClure, which show the juxtaposition between beauty and, well, not-beauty. Unless you are a fly. 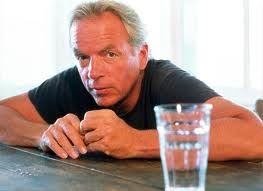 The people who manage Spalding Gray’s estate asked for permission to re-publish this one and I was honored. A nod to one of his best pieces, as well as his suicide.

One of several golf poems, written after an experience on the Auburn Municipal golf course. That must be a small genre of poetry.

A quote from my late Aunt Barbara O’Connell about 11 months before her death. Cora was her caretaker. It showed me her brain and wit was sharp til the end, bless her.

3.08.07 – Rebecca says I was drinking green tea before any of you Crackers.

This is after my daughter who was hanging with a Black kid at Auburn High. The fact that Crackers seemed an appropriate word for many folks we met in Auburn made this one especially appealing to me at the time.

3.29.08 – Sake stains on the brewery door – recalibrate with the great nature.

This one comes from witnessing the annual cleansing of the Sakeone Brewery in Forest Grove, Oregon. Reverend Lawrence Koichi Barrish conducted the ceremony and, since then, I have visited him a couple of times at the Tsubaki Grand (Shinto) Shrine in Granite Falls, WA.

3.04.09 – Something inside me wants to beat this cat until he learns to love me.

It’s one of my favorite sentences, because it is brutally honest and really expresses the conflict I sometimes have with Meredith’s cat Tupelo. He was abused as a kitten and has been rather skittish since then. My intense Cubano temperament makes him leery of me most of the time and that only angers me and often brings out the animal in me, which starts the whole tragicomic cycle over again.

3.20.10 – The Hindu cleaning lady is stealing bathroom tiles in a dream.

Freudians should have a field day with my dream sentences. Often at day’s end, on days I’ve not written a sentence, I’ll go to my journal and carve a 17 syllable image from that day’s dream. In Mary Summer Rain’s excellent guide to dream imagery, In Your Dreams, tiles represent versatility, bathroom suggests a cleansing is necessary and there is no entry for Hindu, so draw your own conclusions.

One of life’s little disappointments and a comment on race relations. No, Johnny Winter. No, citrus discrimination.

For you non-Northwesterners, this tells our story about as good as can be done in 17 syllables.

Thanks for reading. Feel free to post some of your March sentences in the comments section, but please read this before you attempt writing any.