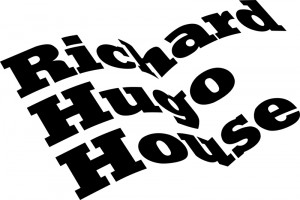 I prepared this handout for the May 1 SPLAB Living Room and it is the second such piece I have written about haibun. As you may know, one of my current writing projects is Haibun de la Serna. This is a series of 99 haibun written in neo-barroco fashion all beginning with a quote from Ramon Gomez de la Serna. Tomorrow (June 2) I am participating in the latest edition of Write-O-Rama, a fundraiser for the Hugo House. I’ll be facilitating short workshops at 10A and 4P. Sorry for the late notice. Here’s what I’ll be talking about:

Defined classically as a “terse prose-poem” yet as practiced, including similar Japanese forms such as the kiko (travel journal) and nikki (travel diary), the haibun normally had an autobiographical or theoretical interest1. A more broad definition would be a paragraph or two of disjunct prose with a short bit of verse.

Matsuo Basho’s Oku-no-hosomichi (Narrow Path to the Interior, 1694) is a classic of world literature. One of the first examples of this form, considered a classical Japanese form rarely practiced there now. In North America, the Beats may not have been the first to publish haibun, but were responsible for bringing greater awareness of ancient Asian cosmologies and poetries to a larger audience and both Jack Kerouac and Gary Snyder were writing haibun in the 50s, though Canadian Jack Cain’s Paris (1964) is apparently the first book of haibun published in North America.

Here follow some haibun examples, good and bad, of the form:

1)
The moon and sun are eternal travelers. Even the years wander on. A lifetime adrift in a boat, or in old age leading a tired horse into the years, every day is a journey, and the journey itself is home. From the earliest times there have always been some who perished along the road. Still I have always been drawn by wind-blown clouds into dreams of a lifetime of wandering. Coming home from a year’s walking tour of the coast last autumn, I swept the cobwebs from my hut on the banks of the Sumida just in time for New Year, but by the time spring mists began to rise from the fields, I longed to cross the Shirakawa Barrier into the Northern Interior. Drawn by the wanderer-spirit Dôsojin, I couldn’t concentrate on things. Mending my cotton pants, sewing a new strap on my bamboo hat, I daydreamed. Rubbing moxa into my legs to strengthen them, I dreamed a bright moon rising over Matsushima. So I placed my house in another’s hands and moved to my patron Mr. Sampû’s summer house in preparation for my journey. And I left a verse by my door:
Even this grass hut
may be transformed
into a doll’s house.
2)
In some places a woman would marry a woman which torques the
definition of marriage would it be so simple any such definition. For
they trow stones at you in the torqued definition of marriage. It
hurts to be unkind they say & cast a stone. Or someone had a man
take a slug at her on an emotional national holiday because she was a
known lover of woman who had a wife. And it was a man’s holiday, a
memorial day for dead warriors who are mostly especially in the two
wars men. Or maybe she the woman slugged was a wife. This is a two
wives tale. It was unseemly to see two women kissing, two women
embrace under the primrose tree. Two women in a Lautrec brothel
holding the tide together against the slings of men. Caressing
against  the tide of pimps & other men. Some get murderous in Oregon to
see the women, two, shopping together as might a man & wife. Living
as do a man & wife in an ordinary man & wife apartment, doing man
& wife things. Except at night in the deep dark of night, they said,
they who were murderous & dark. What do they do at night? While
we are doing our man & wife things, what do they do in the dark of
night what do they do?

3)
Wild roses near the pebble shore – their scent touches each cool stone
and flows over clear water. Forgotten joy returns this misty summer
morning – water holds vapors close until sunlight breaks the gentle
bond of fog. A seagull screeches first light into sky. And then this
breath taken in and exhaled wafts a rose bloom – a few petals fall on
stone. Eyes grasp a perfect pebble: cast it far off, it ripples the mirror
lake – ruffles reflections still in sleep. Awake again all young dreams.

4)
Dictionary is oracle bone. No entry falls between devout and devour. And the three friends? Green enamel teapot, buckskin gloves, sleeping bag of three decades. Not much has changed. The human heart clings  to its trouble, pitch pine clings to the teapot. Back home I brush up   on Sanskrit, look into Nagarjuna, & try to make sense. I can’t quite   get it – is he saying the gods crave recognition? Thunder growls off    Indian Peaks; hailstones come hissing out of the heights. And our   scrap of darkness, what of it?

Hips, hiddenness, yours taken, mine given –
rain by the bed
lightning through