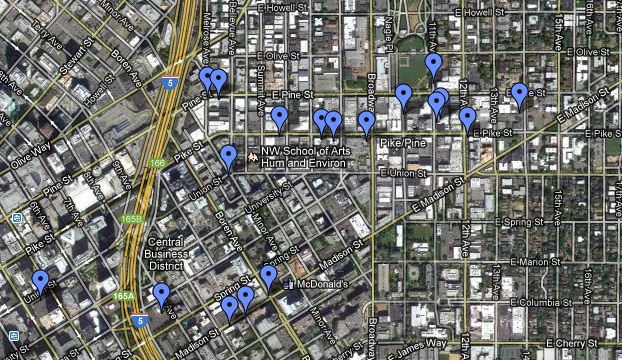 Yes, yet another Lit Crawl, but this one is HUGE. On Thursday, Oct. 18, Lit Crawl Seattle kicks off City Arts Fest with 17 FREE events throughout Capitol Hill with 60+ readers and performers, including the Sound Poetry group I’ve been working with in this past year, the Four Hoarse Men. We are working on original pieces, a cover of the Canadian troupe Four Horsemen and sound poems based on runic divination. There is an after party at Hugo House at 9pm. More details here. More on the Four Hoarse Men here.

It’s a bar crawl, with literature! Welcome to Seattle’s most anticipated literary night of the year. Lit Crawl Seattle is a co-production of the Litquake Foundation and the City Arts Festival in partnership with APRIL. Inspired by the San Francisco literary festival Litquake’s long-running Lit Crawl, Lit Crawl Seattle will feature some of the northwest’s most groundbreaking and beloved writers.