“I LOVE the Canadian side of Cascadia as it deals with poetry. In Victoria, Vancouver, Nelson and elsewhere there are retired poets constructing Mesostics, discussing Jack Spicer and Robin Blaser and generally being open to more innovative work. This includes the Planet Earth Poetry series. Its wide aesthetic, its open and welcoming environment and its audience. They pay attention and actually buy books. & there’s matcha! What else does a poet need? Viva Planet Earth Poetry!” – Paul Nelson, Seattle, WA 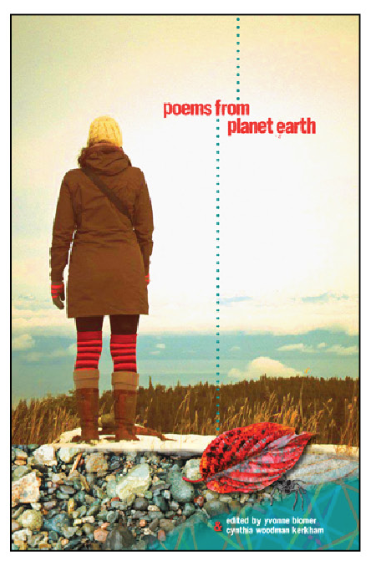 Yep, I blurbed this new anthology taken from poems by featured readers at the Victoria open mic Planet Earth Poetry. The series is named after a P.K. Page poem featuring the line: “launching pad for the energies of writers and poets established and not.” 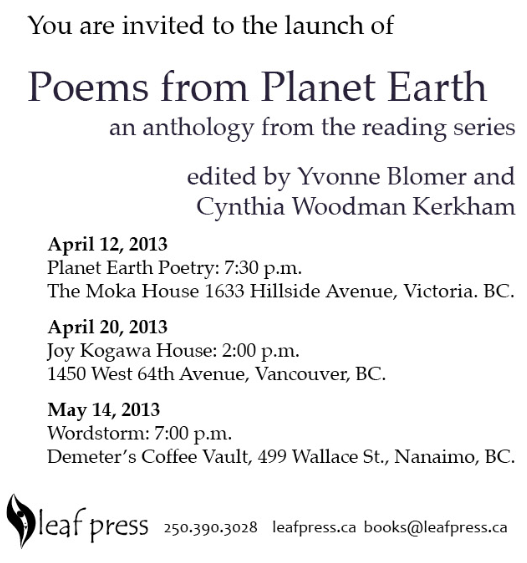 I will be reading at two of the three events, missing the Vancouver event, much to my dismay, as my new passport is not broken in yet. If you want to start to get a sense of what’s happening right now in Cascadia literature, this would be a good place to start. My gratitude to Yvonne Blomer for keeping this reading going and for her work on this book and to Cynthia Woodman Kerkham for her efforts. 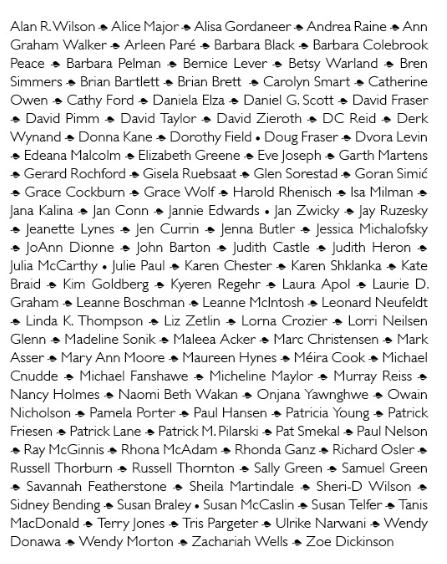