I attended the Memorial for Brian Love at the Auburn Adventist Academy Church yesterday (7.17.13) and recorded the service. (Hear the audio of the first half by clicking here. The 2nd half starting with a recording of Brian is here.) Chaplain Jay Coon of the Auburn Police was at the crash scene and officiated the service. Here is the cover (& back) of the program: 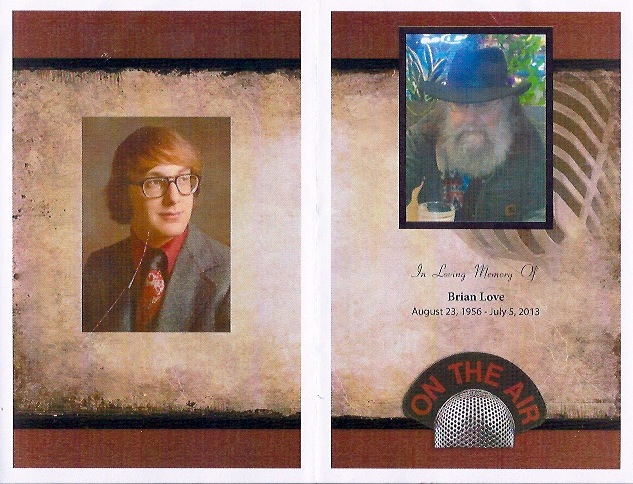 Other posts of interest to those who cared for Brian Love:

Brian was THE key volunteer in the early days of SPLAB and would not have gone on without him. He would do any task asked of him, always had wise counsel and was a warm presence for all our events. He cared about SPLAB and believed in the dreams we had to help poets in Auburn. I’ll miss him like a brother. I love you Brian. I hope God shaved your beard.