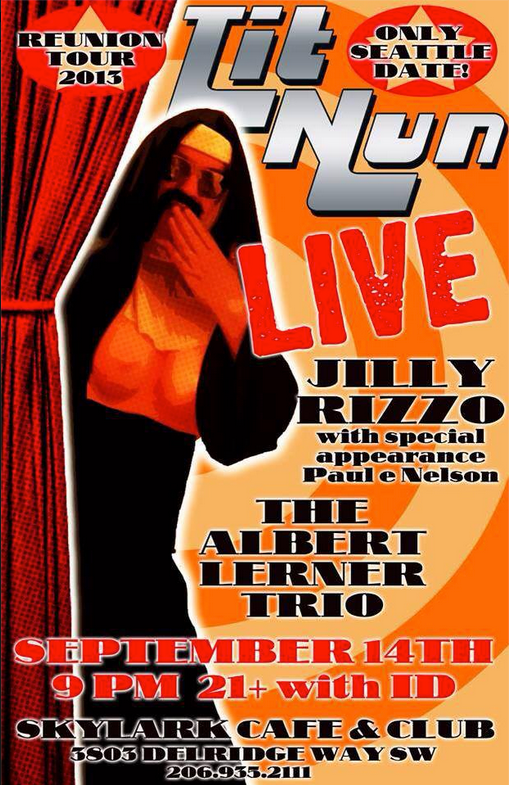 Old pal Dick Rosetti, with whom I worked at KNDD (The End), asked me to sit in with his band Jilly Rizzo on September 14th at the Skylark Club, 3803 Delridge Way S.W. in West Seattle. They are opening for, yes, you guessed it, the band known as Tit Nun, playing hits from their LP Ejaculate Conception. Hits such as Salve, Men and Belly Full of Pudding. As I said on Facebook, what could possibly go wrong?

I’ll be sure to bring out my American Sentences that are most haiku-like, with references to plum trees, butterflies and zebras. See you at the Skylark. You can buy me a birthday beer, as I turn 39 again on September 22.