The seeds for a bioregionalist perspective in me were planted by the late Peter Berg of the Planet Drum Foundation during an interview I conducted around 1993, but the interview I am posting today with Michael Shuman helped the process along considerably. You can see why I would take a bioregional approach to poetry given my belief that a poetry practice ought to deepen one’s consciousness, perception and sense of place.

Here then segments from my 2003 interview with the author of Community Self Reliance. Now over ten years old, you can see how long it takes most people to react to some basic realities, such as the war being waged on the commons, community life in USAmerica and on the imagination by the Teahadists and the criminals that fund them. 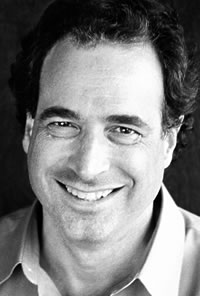 Michael Shuman is a specialist in community economics, and the author of: Going Local: Creating Self-Reliant Communities in a Global Age. He discusses the current conventional wisdom regarding community economics being the attempt to attract large corporations and how large corporations destroy local culture, the way municipalities can regain economic power through community-self-reliance and retaining the multiplier effect by establishing local currencies.

In the first segment he discussed how his childhood neighborhood on Long Island shaped his preferences for localism, how the system in the U.S. is based on states in competition with other states in a race for the bottom and how locally-owned businesses are a better investment in every case. Part 1 (6:22)

In segment two he discussed the case of Cleveland, Ohio, and the importance of local, neighborhood-based development. He likened the approach to U.S. inner cities to the U.S. version of “ethnic cleansing” and discussed the case of the Green Bay Packers as an example of community ownership which is preferable, in his view, to standard capitalism. He said locally-owned businesses like non-profit organizations are wealth generators for many generations and they respond positively to increases in labor and environmental standards. Part 2 (8:04)

The third segment focused on how both U.S. political parties buy in to the notion of corporate giveaways, ignoring the evidence that investment in local businesses is best for the economy and he argues that most federal spending is regressive, being for the military or corporate welfare, and how the box store mentality eliminates local culture and how these corporations wreck cultures, families and ecosystems with no consequence. He talked about how community based food systems are the economic wave of the next generation. Part 3 (7:54)

In segment four he discussed how this book was the culmination of 15 years of organizing, his Center for Innovative Diplomacy (municipal foreign policy, divestment from South Africa), working for the group Towns and Development and how he defines the term “sustainability.” He talked about the notion of community corporations and their antithesis in Wall Mart and his community corporation Bay Friendly Chicken. Part 4 (10:01)