I have finally gotten a chance to harvest American Sentences from the last few months. As you may know, this is my 13th year of writing one every day and I’ve about 37 left for 2013. Found poems, mistakes, my trip to Morris Graves famous last home in Loleta, CA, The Lake, dreams and things I notice on my daily walk around Hillman City/Columbia City are all sources of poems. You can see all of 2013’s published sentences here: https://paulenelson.com/american-sentences-2/american-sentences-2013/ and learn more about the form here. 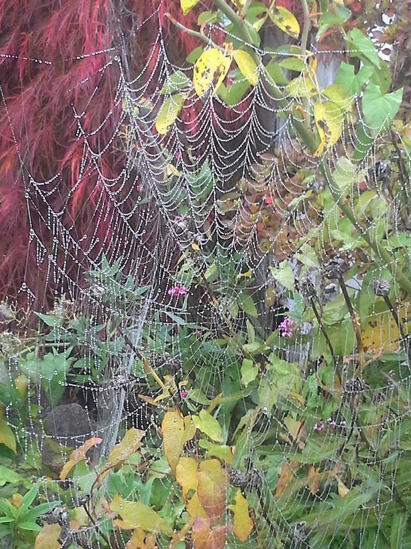 N.2.13 – Not so sexy when the woman next to you’s speaking French on her cellphone.

Some American Sentences Written at The Lake

N.3.13 – Clover grows in needles dropped by Redwood trees on the path to bench three.

N.5.13 – In time it takes to fix the fire puer’s steeped the duckweed still there.

N.5.13 – The occasion of spider web rides an updraft floating above the Lake.

N.7.13 – Not a dead hummingbird dropt from the sky – just a leaf after the rain.

N.8.13 – Enjoy them now because the redwing blackbirds won’t be singing all day.

N.8.13 – Slugs on the trail are about the same color as the Lake’s duckweed.

N.9.13 – Still spitting out seeds from first attempt at eating a dogwood berry.

N.9.13 – Slug stuck flat four feet high on the window tryin’ to get a good look.

N.10.13 – Ground rules for afternoon coot races: No wing must ever touch the water.

N.14.13 – The cloud crashed into the Siskiyou mountain & everybody lived.

N.15.13 – Each restaurant I choose in Albany frequented by obese people.

N.16.13 – Because of the way his mind works the horizon’s made of chorizo.