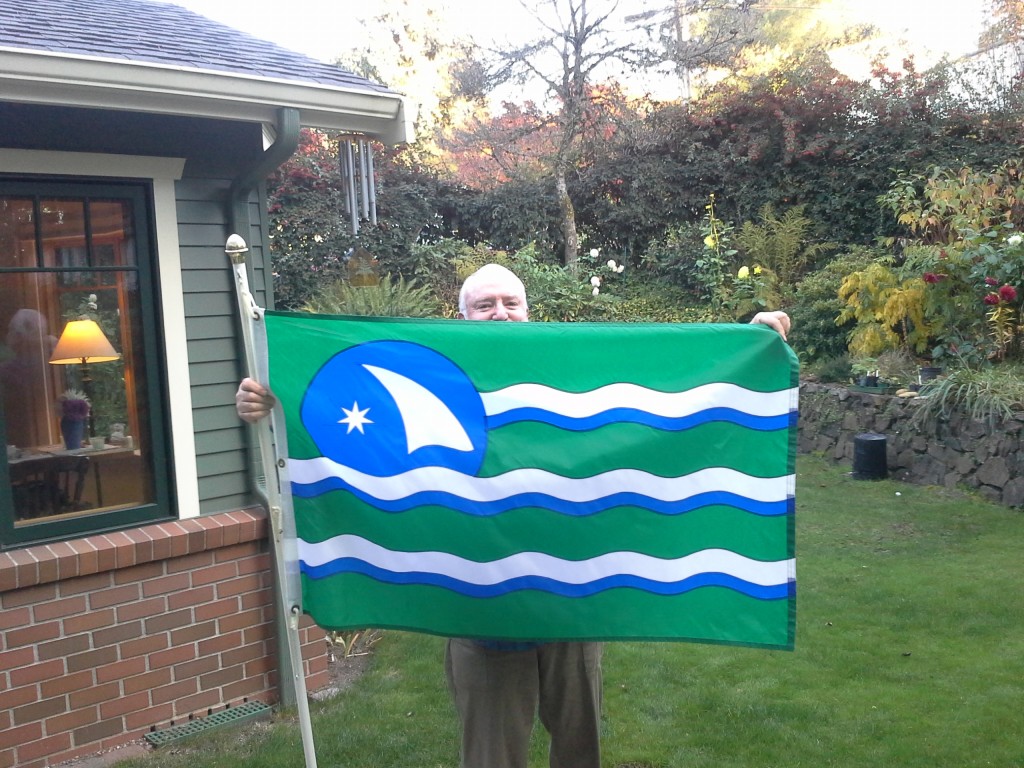 In segment four he discussed teaching classes on Cascadia at Seattle University in 1980-1982, the bioregional conferences he helped organize in the mid-80s, and the role of a then obscure graduate student, Tanya Atwater, in the revolution of plate techtonics. He also discussed how the dynamism surrounding the notion of Cascadia, comes from the place itself and is the bioregion imagining itself though inhabitants. (Part 4, 8:38)

In the 5th segment he discussed how he began to understand, when attempting to create a new culture based on a bioregional ethos, that Robert Bellah’s Habits of the Heart was a critical text for him and that though people craved community, they had no cultural experience with the real sense of it and tried to get there using a language of abstraction and individualism. McCloskey says that reflected a lack of gemeinshaft, or being in the horizontal life flow with each other. So he began to incorporate the effort to discover a language of place which had its identity in the place (as indigenous people did), rooted indentity in place and with ancestors, he realized that he needed to “short-circuit the analytical and move toward the evocative.” He moved to the creation of maps, flags and other aspects of a symbolic language. he said it is the heart of culture (and the psyche) but he found that it had tremendous evocative power. Cascadia is his “long, extended open poem” that a whole bunch of people are writing, but for which he issued the call. He said that it took only 15 years from a visionary pipe dream to something that has taken root in the bioregional consciousness, reflected by names of businesses, sports competitions and individuals who consider themselves Cascadians before anything else. He says that Cascadia has been imagining through us for over 100 years in different generations and different ways. (Part 5, 7:59)

In segment six he talked about the beginning of a bioregional culture happening now with a fierce devotion by people who may not always understand themselves as Cascadians, per se, but love the place with great intensity. He said we are all captive by a metaphysics and epistemology that ultimately has its source in the culture and logic of Ancient Greece, but does not serve our situation well. He calls it a “secret code” and says knowledge of it is at the core of “success” in our world. He says unlearning that secret code of control of the West is critical in building a new bioregional culture. He says movements of the late 19th century, the extential and the phenomenological are models that jibe well with bioregionalism. Heidigger, Merleau-Ponty and others are examples he cites. Seeing is Forgetting The Name of the Thing One Sees by Robert Irwin is a source McCloskey recommends. (Part 6, 9:46)