One of the most memorable events at the recent 14th Subud World Congress in Puebla, Mexico, was a meeting centered around the acceptance (or lack of it) in the Subud community. Keep in mind our next to last outgoing Subud USA Chair was a lesbian and by all accounts, a fantastic Chair who now serves on the Board of Directors for the Muhammed Subuh Foundation. 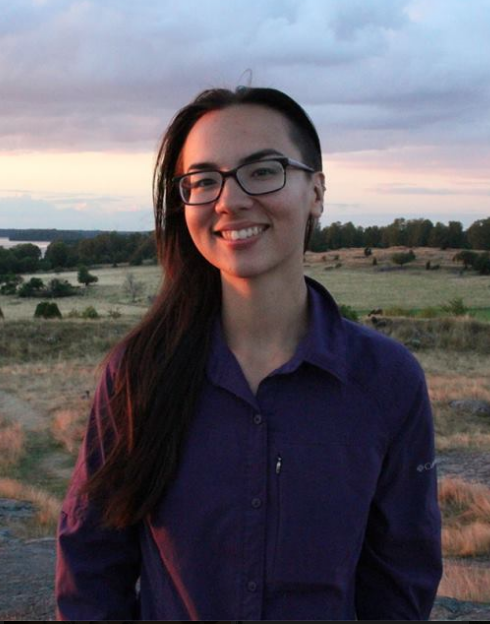 The discussion was led by Leonore Tjia, a 24 year old Second Generation member who lives in Burlington, Vermont. Leonore works as the business manager for a company that offers adult sex education and sexual empowerment coaching for women and couples. She is queer-identified and, dissatisfied with the lack of discussion around LGBTQ issues in Subud, had proposed this workshop to engender a new dialogue.

The group filled a room far from the main Congress activities, and were engaged in a discussion of attitudes toward gender and Queer issues. That Subud members practice latihan separated by gender might give outsiders the impression that the community is patriarchal, but I have never felt that in Subud. I have seen homophobia and some of the other issues that were brought up and written on large sheets of white paper: 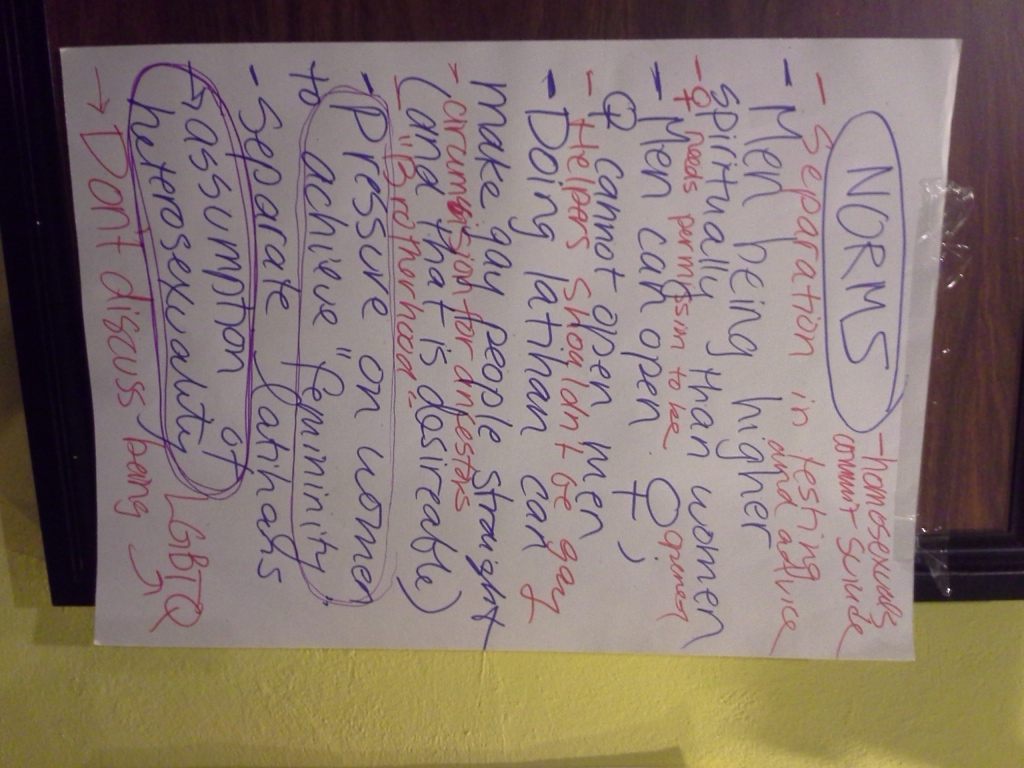 I have to say that my Subud experience has not included much of the above, but then our GLBTQ representation in Seattle is not what it should be either. How to grow an organization that historically has had a stance of no proselytizing is tricky. I did make the connection out loud between the ongoing Subud talk of the aging demographics and the less-than-welcoming feeling the Queer community appears to feel in many Subud communities around the world. The meeting also had one particularly interesting absence. I have spent enough time in politically correct Seattle to see how issues like these are often raised. The self-righteousness of “progressive” groups not far from my Hillman City address has been astonishing. But there was not a whiff of that feeling in this meeting. Maybe it is because we are all outsiders to some degree, sharing the same obscure spiritual exercise. That’s a large part of it, but I think another part is the people present in the room have enough faith in Subud to challenge and overturn these “norms” and keep the organization growing and evolving. Surely lowering its average age, which is 70 in some Subud communities!

The organization is in need of new blood as I have experienced first hand what I can only describe as “white privilege” in my role as Rental Agent of the Seattle Subud House. Old members used to the status quo and not able or willing to use an online booking source abruptly breaking off a dialog with me, or using condescending phrases like “you’re a victim…” and so on.

It was pointed out that the founder of Subud said a lot of things, but anyone attempting to use anything he said for their own narrow agenda, they’d be trumped by the notion he also expressed, that being that we should test everything for ourselves. The time for talk is indeed over and Subud, and the latihan kejiwaan spiritual practice it is based on, are instruments for allowing members to become true human beings. This meeting was a giant first step in addressing issues that have been smoldering for a long time and preventing the organization from being as vibrant and as noble as it can be.