I have been working like a dog on the Cascadia Poetry Anthology, Make It True the last few months, but the last few days especially and we’re almost done. It’s been a joy to work with Nadine Maestas, who is so bright and perceptive and understands how collaborations are supposed to create things greater than the sum of their parts and this is a fine example. Canadian editors are George Stanley and Barry McKinnon and I’ll be writing more about the book as time goes on. Publication date, May 1, 2015, in Nanaimo, BC, at Cascadia 3.

As this is just about to be sent to the publisher, I can focus now on writing and doing readings and it just so happens that I have three set up in the next few weeks. 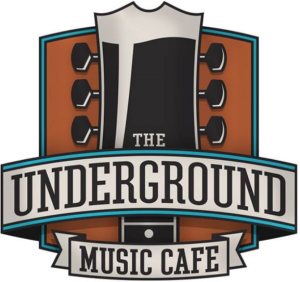 1) Sunday, November 30, 2014, Seattle/St. Paul, 7P, Underground Music Cafe, 1579 Hamline Ave N, Saint Paul, MN. A reading featuring St. Paul poets Wang Ping and Mark Fleury, Me and former Seattle micro-fiction writer Ace Moore. I’ve not met Mark and he considers himself a “projective” poet, as I do and I look forward to seeing how that manifests in his work as he, uh, projects it from the stage. Wang Ping is fearless and prolific and it is an honor to read with her. Ace will make the event feel like the old days at Red Sky, something very dear to me. 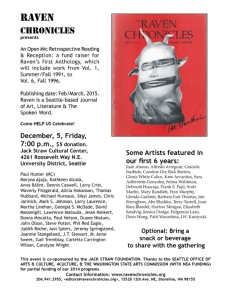