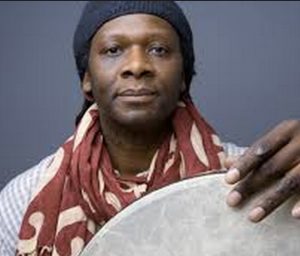 When one writes poetry from the practice of outside, you can go back and look at poems 10 months old and marvel at the consciousness there because in a way, it’s not you. As drummer Hamid Drake told me after a legendary concert with William Parker and the late Fred Anderson: “It’s not me, it’s the Holy Ghost!” That he was part of this trio playing “outside Jazz” is something Nate Mackey has pointed out as one of the happy coincidences of this phrase or stance-toward-poem-making.

It’s an extreme minority view, but one that has served me well and resonates quite palpably with my spiritual practice, the Latihan Kejiwaan of Subud, in which one surrenders to that force greater than one’s self. The “Single Intelligence” Charles Olson called it (noted in my last post). That Subud also calls people who have been initiated into the organization as being “opened” is part of the string of happy coincidences when the planning is given up to superior intelligence, whether it be whatever benevolent forces guide our good decisions, or the superior intelligence of the language itself, which one learns to trust when composing this way. 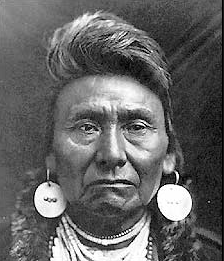 And when the material under hand brings in bioregionalism, Hua-yen Buddhism and indigenous Cascadia heroes like the brilliant warrior Chief Joseph, you have quite an array of sources/images/inspirations whose very invocation is a spiritual occasion, one quite different from the USAmerican, consumerist, industry-generated culture, the anti-culture. One that would forsake basic infrastructure imperiling lives because of being blinded by one’s own (failed) ideology. See this bridge story for an illustration. See also this.

Long intro for the latest selection of After The Japanese, a series of 100 poems written in early 2014. Seasons Blessings! 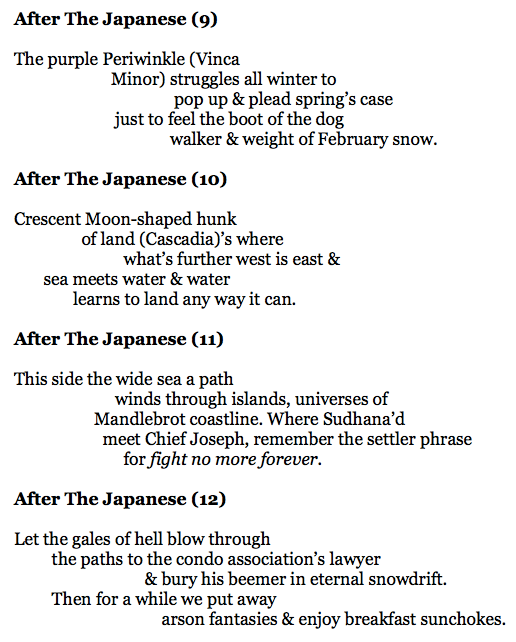