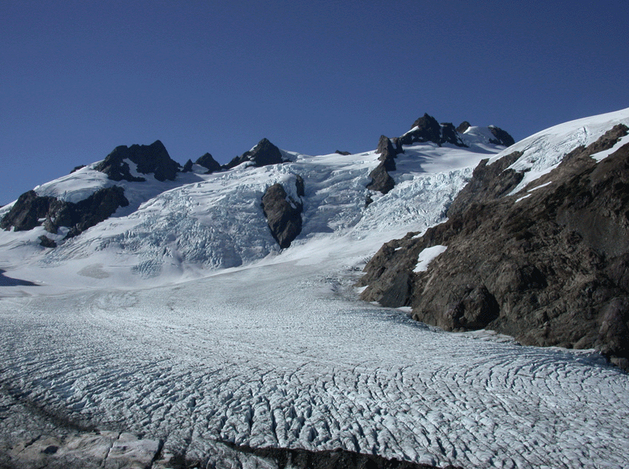 It’s a very special time in Cascadia, mid-winter (almost typed “mind) with the signs of spring beginning to push up out of the dirt or waft by invisibly like the scent of Sweetbox. (Sarcococca.) And while we rarely see the moon this time of year, I have fallen into the practice of using Indian names for moons to signify the time of year, or even make up names for moons to show the season as well as my reaction to it. When the house gets dry and we are in it a lot, it tends to be a time of nose-bleeds for me, hence one of the lines in the poems below.

To be aware of place, to take cues from the landscape, to know the history of one’s place, the plant and animal names and habits and to work to be something more than another huge carbon footprint with a settler’s sense of entitlement is all part of what I see as the practice of eco-poetics, which is more than a buzz-word for me and more than the same old distanced-observer “nature” poem. Then again how can one not go there when one is taking their cues from ancient poems and a culture that was known for its connection to place? 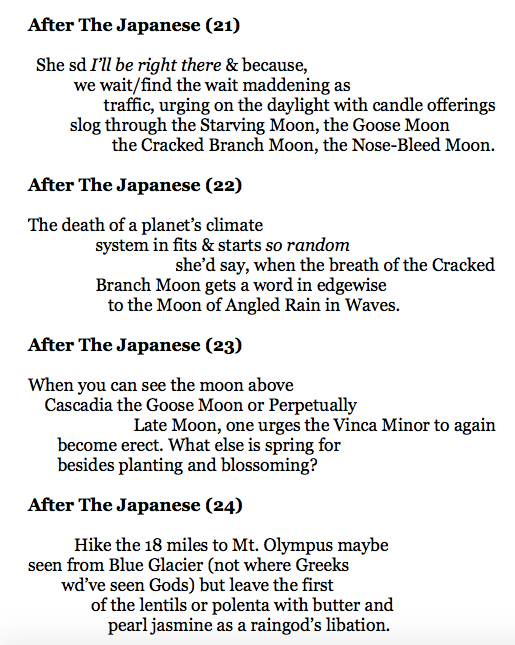 Paul Nelson is founder of SPLAB (Seattle Poetics LAB) in Seattle, the Cascadia Poetry Festival and the August POetry POstcard Fest (PoPo). www.POPO.cards. He has published a collection of essays, Organic Poetry & a serial poem re-enacting the history of Auburn, WA, A Time Before Slaughter (shortlisted for a 2010 Genius Award by The Stranger) and American Sentences, a book of 17 syllable poems drawn from the first fourteen of his 20 years of daily practice. The tenth anniversary edition of that book includes Pig War: & Other Songs of Cascadia. He’s interviewed Allen Ginsberg, Michael McClure, Wanda Coleman, Anne Waldman, Sam Hamill, Robin Blaser, Nate Mackey, Eileen Myles, George Bowering, Diane di Prima, Brenda Hillman, George Stanley, Joanne Kyger & many Cascadia poets (see: https://paulenelson.com/americanprophets/) has presented his poetry and poetics in London, Brussels, Bothell, Cumberland, BC, Qinghai and Beijing, China, Lake Forest, Illinois, Ukiah, CA, and other places & writes an American Sentence every day. www.PaulENelson.com
View all posts by Splabman →
This entry was posted in Uncategorized and tagged After The Japanese (poems), Cascadia, Sarcococca. Bookmark the permalink.