The pub crawl is a tradition that goes back to the 19th century. A group gets together and drinks in a series of bars. Maybe the participants are new to a town. In Australia they had over 4,000 people do a pub crawl once, a Guinness world record.

LIT Crawls go back only about ten years or so, apparently starting in San Francisco in

2004, and featuring performances by poets and writers at a series of nearby bars. A.P.R.I.L. brought the concept to Seattle a few years ago, on Capitol Hill. Aaron Kokorowski, and Graham Isaac did a series of 5 lit crawls in 2012/13 in the Greenwood neighborhood and Greg Bem and Ra’anan David are among the organizers for one happening in the Rainier Valley, March 8, 2015. They have invited me to read.

This is a great test for the Hillman City and Columbia City neighborhoods of Seattle. Hillman City especially, my neighborhood for the last three years, is an up & coming part of town, still more diverse than most of Seattle, and attracting exciting new businesses like Big Chickie, the Brasa Chicken restaurant and The Collaboratory, among other places. The Collaboratory is an “Incubator for Social Change” and has a garden, a kitchen and cooking lessons and a progressive Methodist church run by John Helmiere, a Dartmouth grad who has been arrested a couple of times for standing with the Occupy movement as they protested the Port of Seattle and at Alaska Airlines, protesting their opposition to the $15.00 minimum wage and their role in attempting to repeal it.

And gentrification is on the mind of many locals, so that is part of what will be touched on by participating poets and writers. I’d love to see you attend this and take part in a real moment for these two neighborhoods. Thanks for considering and thanks to Greg Bem and Ra’anan David and other organizers for inviting me. 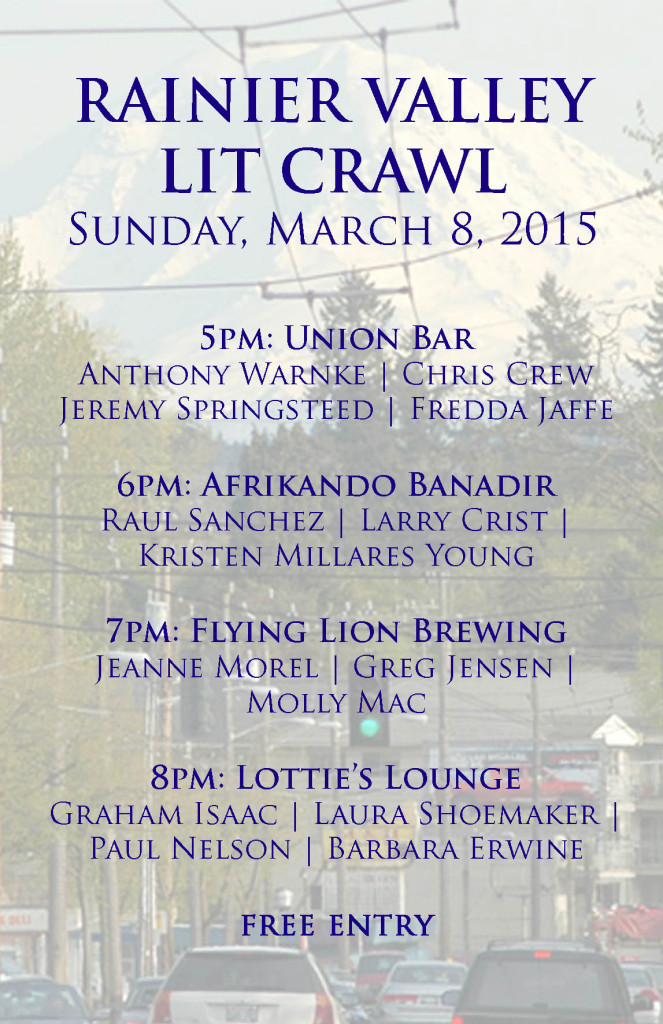