This series of poems, posted four at a time and archived here, continues with some written on a short retreat in Marblemount, WA, near North Cascades National Park. They are all written in response to the classic Japanese poetry anthology, and taking a page out of Robin Blaser’s book, I’ve used a quotation from him, did not attribute it, but did italicize it in the last of the poems presented here. (The transcription of the interview I did with Blaser, the last he ever did, is here.)

Looking back a year after these poems were written is quite an experience in memory, consciousness and self-awareness. The ground has shifted significantly in my life and, given the same prompts, I’d likely go somewhere quite different. The notion of what an ex-lover leaves with you is quite powerful and I will probably write blog posts about that when my life goes into memoir mode, but I’ll have to do something worthwhile to go into memoir mode.

And that I would have some premonition of my Father’s death two months before it happened is interesting to me. Sure, he was old, but as Eileen Myles said in an interview I did with her, sometimes the poem beats you down the street.

In the meantime, enjoy the latest in a series. 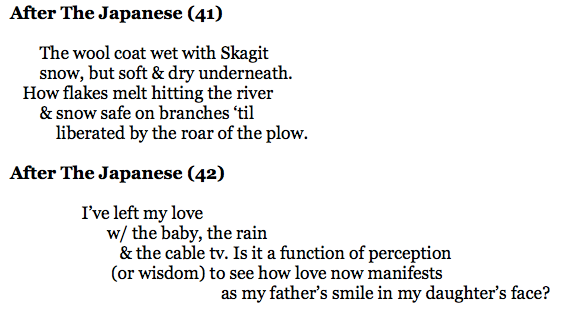 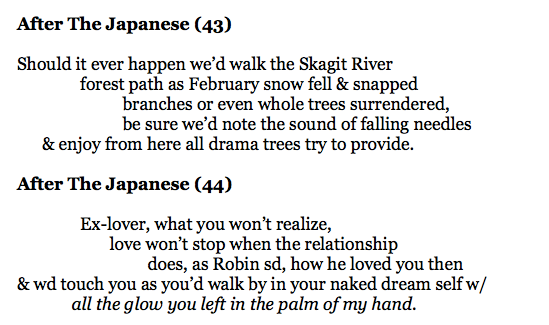