It’s over now, but Winter 2014/2015 in Seattle was not much of a winter. Many people around here were planting their gardens over a month ago and I suspect that was very wise. Many plants have been quite early, including cherry blossoms and everyone’s here’s happy about this, right? Especially since Boston and parts east had record snowfalls. Well, not so fast. Knute Berger is a longtime local journalist well-known for being a native of the Northwest and goes by the moniker “Mossback.” He points out in a recent article in the fine local online newspaper Crosscut that the February snowpack for the Told-Cedar River watersheds is 8% of normal. Sure, skiers have had a less-than-optimal time with this, but snow in the Cascades acts as a sort of water bank for Seattle, being released as temperatures get warmer and this is a peek at the future around here.

Berger also reminds us that Seattle is unique in owning the land from which residents get their water. A key quote in his article is:

Water isn’t just about water per se, it’s about an entire ecosystem — in Seattle’s case, the city-owned, 90,000-acre Cedar River watershed. (The city also owns a smaller subsidiary system on the South Fork of the Tolt River.) The Cedar is an extraordinary municipal asset — a wholly-owned watershed (well, 99.8 percent owned), the only one of its kind in the U.S. 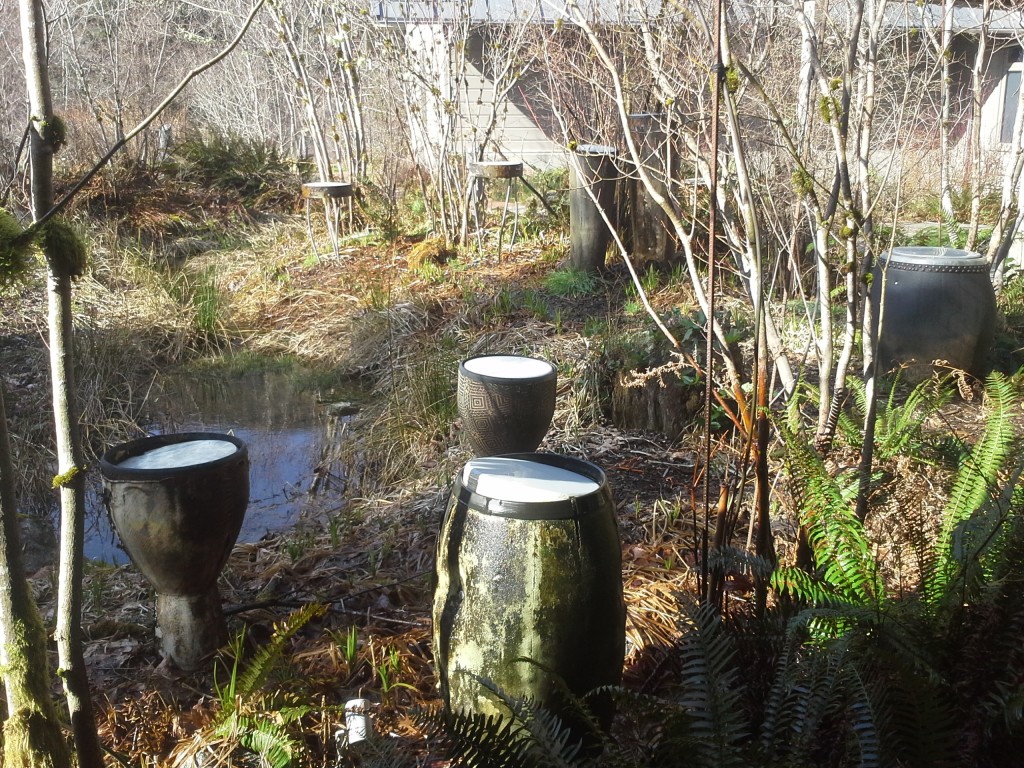 And I guess I knew that long ago, having moved here in 1988 to continue my radio career at what was KNUA. Maybe it was from reading Roger Sale’s book on Seattle. But one thing I’d never done was visit the Cedar River Watershed Education  Center east of North Bend.

But I did last week and was immediately put into a sense of wonder. The first thing you see (& hear) when you park and head to the center is this remarkable display of drums that are arranged just outside the building and are fed by small hoses periodically to create a rhythm beaten out by spouted water! I was stunned by it and had to videotape it:

I got in the center just before it was to close at 4PM, stunned that I waited so long to visit such a remarkable place and took many photos. 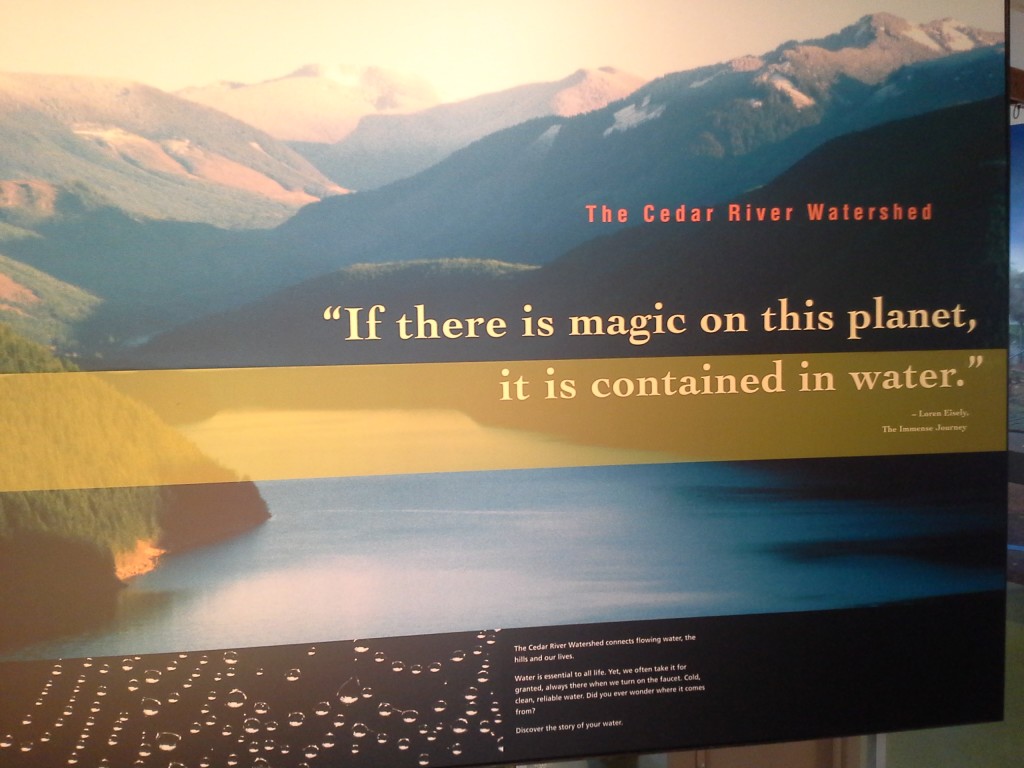 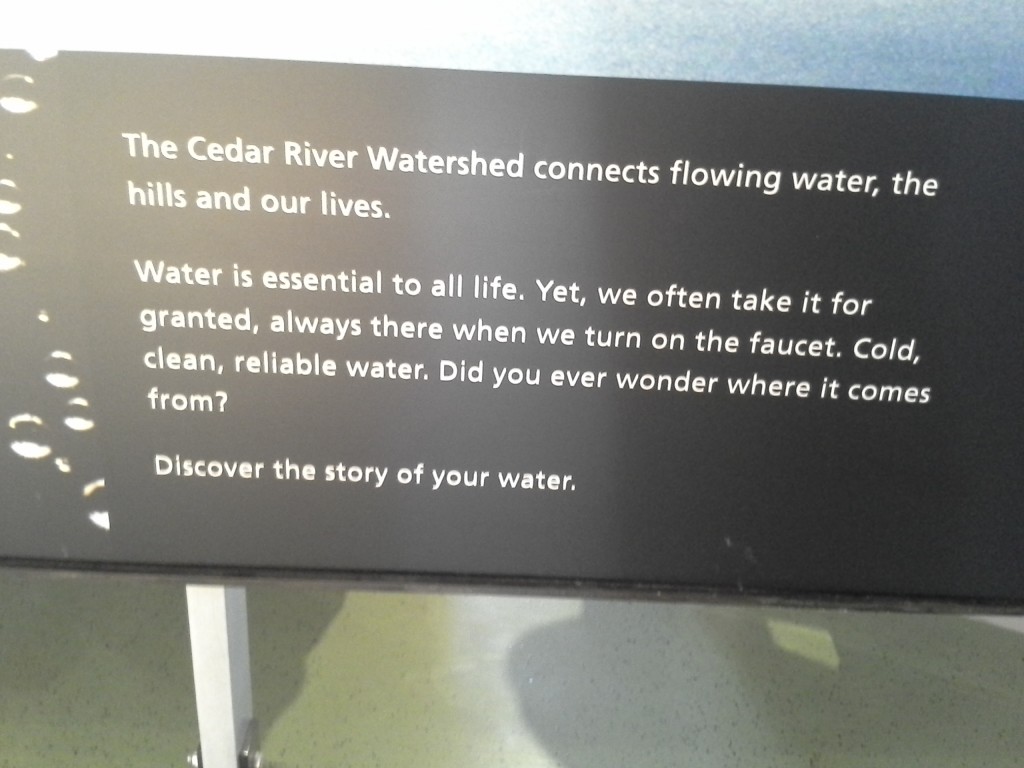 I love that the watershed is closed to backpackers and hikers. You can drive into the protected watershed area as part of a tour group, but not otherwise. Is there anything in our secular world that feels as sacred as that? 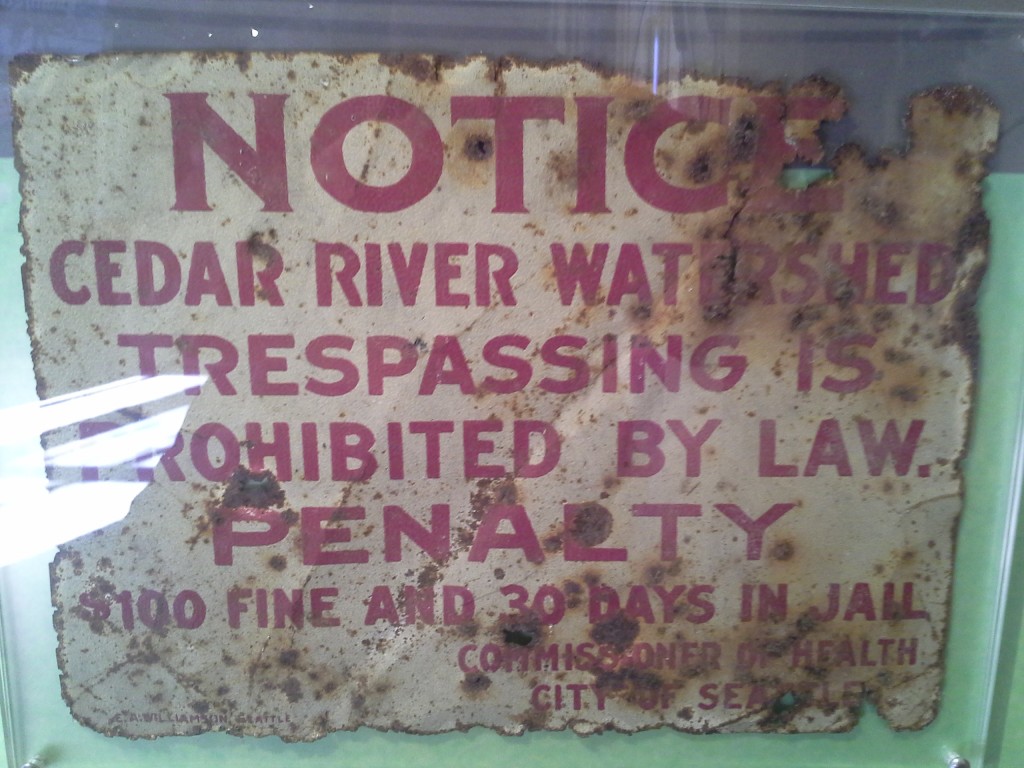 If you’re sensing that some poetry came out of this, you’d be right, but you’ll have to wait for anything more than the obligatory 17 syllables that (sort-of) make this piece a haibun. The Cedar River Watershed, owned almost entirely by the City of Seattle, meaning the people who live here, is one of the coolest things about Seattle and is quite Cascadian, if you asked me. How can we move on to other successes like, say, municipal broadband? 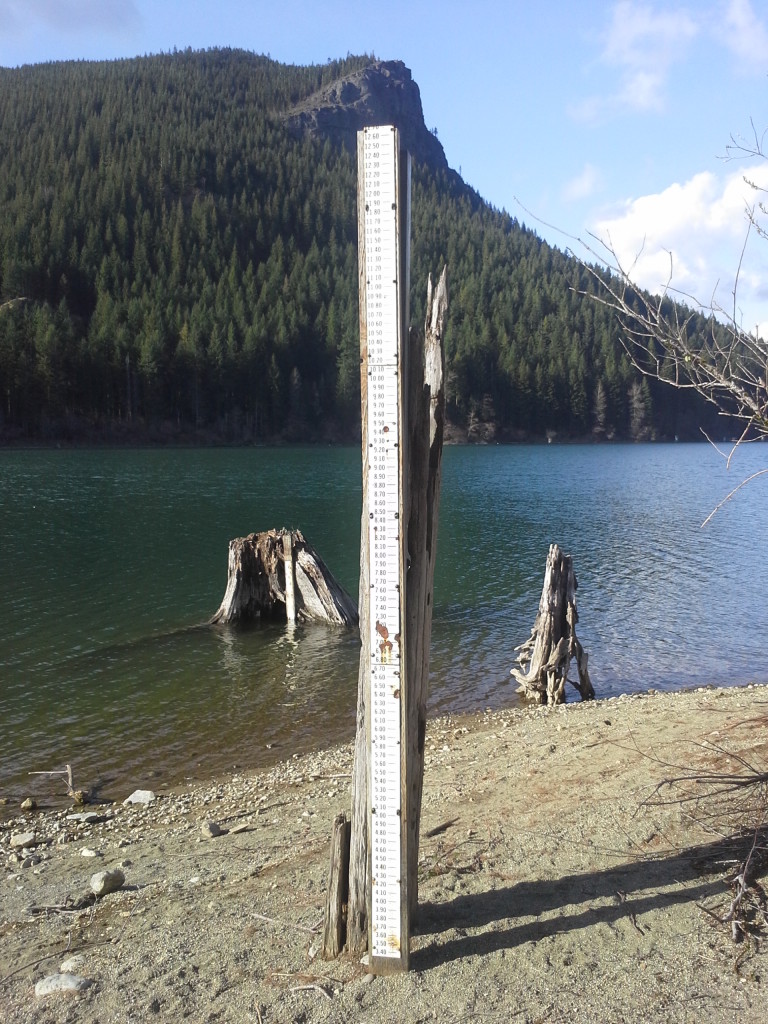