Facebook, being what it is, is a source of exchange that can yield moments like this. A recognition of certain facets of spring in Oregon and Washington being a good five weeks “early.” Early in quotes because of the new normal John cites and the old normal was one that has been in effect for as long as I’ve been noting such phenomena after moving here in 1988. 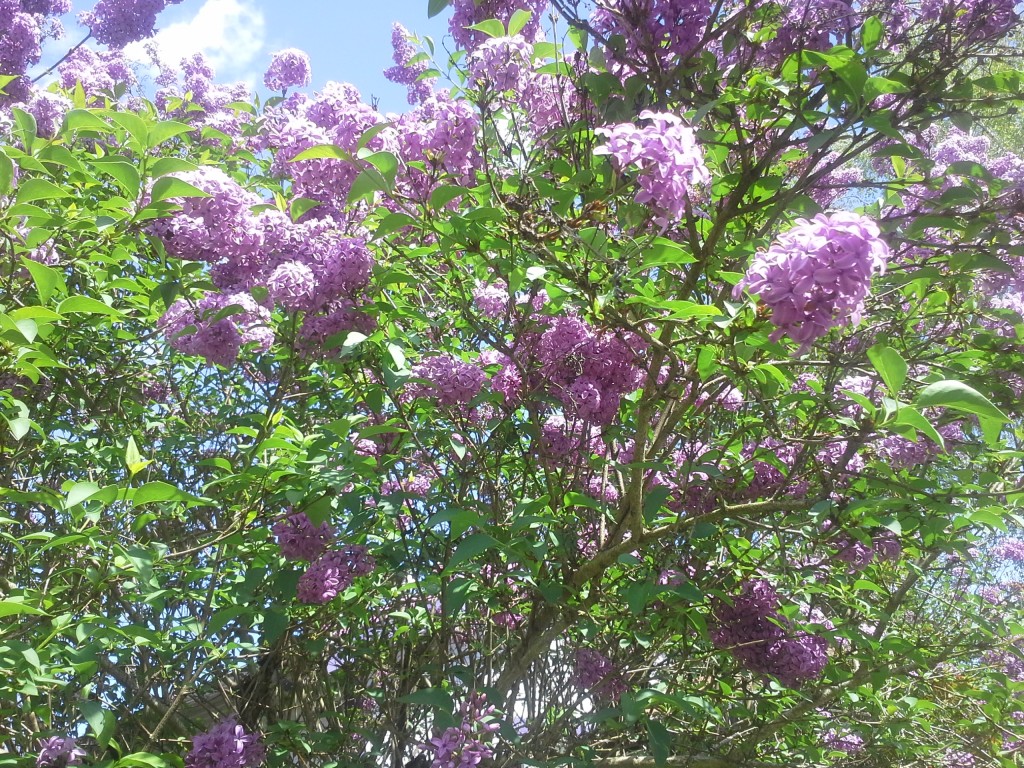 And in this part of the world where we let 3 year olds get addicted to screen imagery, the simple noticing of when lilacs are in bloom and putting that into context is akin to a political act, because of the likely cause of such climate oddities. The American Sentence above, based on John Olson’s Facebook comment in the thread that accompanied this photograph, can be considered political and can be considered part of ecopoetics, if you use the definition offered by the editors of The Ecopoetry Anthology. It should not be political, since there is an overwhelming scientific consensus that climate change is caused by human activities, but poets are there to “notice what they notice” in the words of Allen Ginsberg. The sentence IS responding in a small way to our environmental crisis.

The editor’s preface to this anthology goes on to say:

Generally, this poetry addresses contemporary problems and issues in ways that are ecocentric and that respect the integrity of the other-than-human world. It challenges the belief that we are meant to have dominion over nature and is skeptical of a hyperrationality that would separate mind from body – and earth and its creatures from human beings – and would give preeminence to fantasies of control. Some of it is based in the conviction that poetry can help us find our way back to an awareness that we are at one with the more-than-human world.

Two things jump out at me from this paragraph. One is that such poetics validates my interest in bioregionalism, or the notion that one should operate their life from the perspective that they live in a geologically (or ecologically) defined zone rather than one created by political interests. (When you see a straight line on a map, start asking questions.) Politicians, and the humans that play politics, are the only creatures bound by such designations, fight wars over them, and often use them as a stand-in for a lack of an inner life and real ethos. (Patriotism is the last refuge of a scoundrel Samuel Johnson said, and he was on to something there.) So the basis on which the Cascadia Poetry Festival and related projects that I have launched in the last few years is a lot more radical than the credit they’ve been given to date.

The second notion, the hyperrationality suggested by separation of mind from body, speaks to me of my long interest in “alternative medicine” and the pull which led me to poetry which one could suggest was “consciousness science.” Others, individuation. Some say Buddhism is that and I would also posit the Latihan Kejiwaan of Subud, especially the personal testing which allows one the physical experience of responding to a question, even one as simple as What does “no” feel like? You ask it, have a physical sensation of it and use that as a guide to other questions in the company of other members who will also use their whole beings as sort of tuning forks. Getting back to the body. The body as source of authority. In this day and age this is a very radical notion. 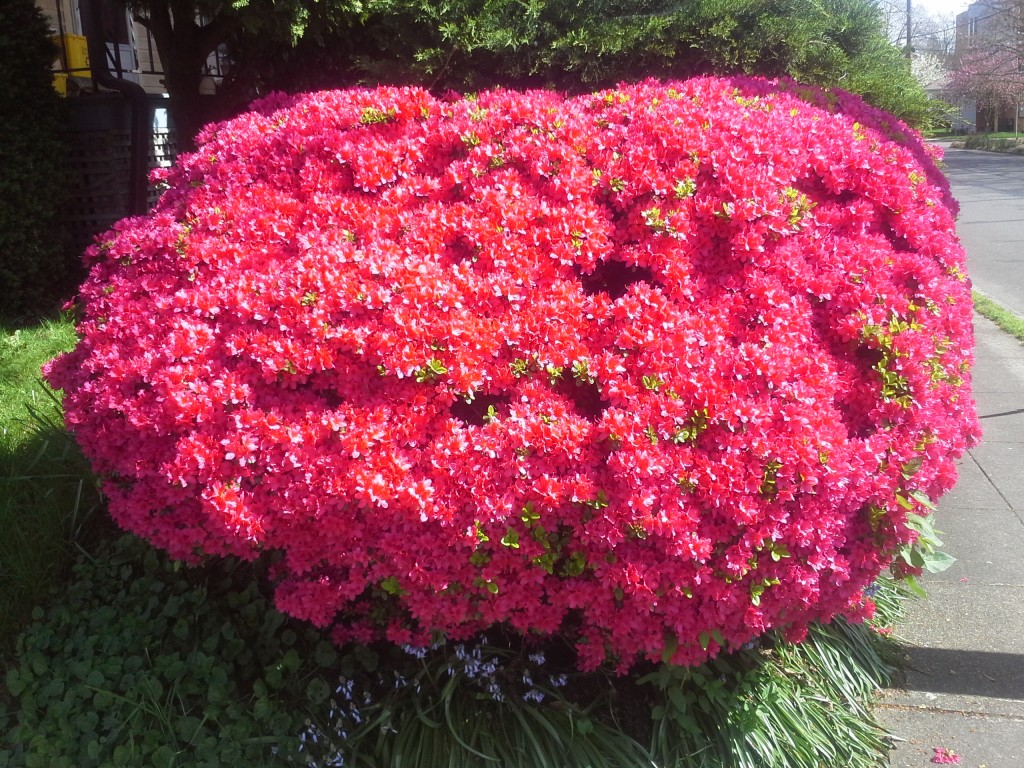 And legendary Cascadia poet Sam Hamill will quote Confucius as often as he needs to: “All wisdom is rooted in learning to call things by their right names.” So we see the lilac, the Azalea, the Scotch Broom (which was also blooming here in March this year) and the myriad other plants and we begin to see how those quaint nature poets of years past are in one way the most radical of us all and never once mentioning how Foucault informs their poetics!

This is part of why my habit of writing an American Sentence a day is so important to me, to help me notice what I notice, to remember, to keep my hand in the poetic gesture on a daily basis and nurture that singularity that I’m tempted to abandon in moments such as when I hear about new laws designed to “protect religious liberties” and the like. Jesus is not going to save you when the levee breaks, or when the aquifer dries up, or is poisoned by the fricking frackers. Buddha is not either, but they both know that we all live downstream, if the river has any water left where you are. The best poems put me in that state instantly.