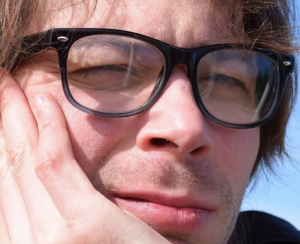 Ever since Greg Bem arrived in Seattle from Philadelphia he has been a literary dynamo, presenting and participating in events that are rich in imagination, well-conceived and have added depth to the often uninspired events that pass for literary art happenings around here. His co-creation of the multi-media Breadline reading series, the Silence & Communications homage to John Cage, his participation in the Sound Poetry group (to which I belong) the Four Hoarse Men and many other projects.

His most ambitious to date is also a sort-of farewell, as he again heads to Cambodia for several months the next day. I will again participate in his latest offering, Duwamish Revealed, and celebrating this once holy and now struggling river is very important to me. I hope to see you there.

You are invited to Tukwila Revealed, a free Duwamish Revealed event on June 21, 2015–the Summer Solstice

Tukwila Revealed is an epic exploratory walk along the southern reaches of the Duwamish, centered on the Allentown neighborhood of Tukwila. As part of 2015’s Duwamish Revealed, this event aims to approach the presence of the river in Tukwila and beyond. Through art, science, and historical inquiry, Tukwila Revealed aims to explore ecological, social, developmental, and literary elements of the Duwamish River. This event, held on the 2015 Summer Solstice, is open to all. Interspersed with performance, storytelling and art-making, this event is truly multidisciplinary. Stay for the entire duration or join in at any point along the route. No RSVP required!

Date: Sunday, June 21, 2015
Time: 2pm–10:30pm
Locations: Centered on the Duwamish River in Allentown, Tukwila. A physical map will be provided to attendees the day of the event. See route outline below for more information on the specific locations.

The epic route and epic schedule

Featured presenter/performer activity will take place during the general time slots listed below. The event has been designed to be a “linear walk,” though attendees are not required to participate in the entirety of the event. Physical maps will be available at the active site, with historical four-tone editions available for purchase at the end of the event. The entire route can be walked. The Duwamish Hill does not have guaranteed access for handicapped/disabled. One restroom (a porta potty) is available at the Duwamish Hill Preserve. Free street parking is available within 50 meters of each site. To see the overall Neighborhood, view this Google map. Individual locations linked below.

Locations Note: Locations of performances subject to change day-of dependent on weather and logistics. Call organizer Greg Bem at 207-233-1336 the day of the event if you are lost or have questions about the schedule.

For all inquiries, email lead organizer of Tukwila Revealed, Greg Bem, at gregbem@gmail.com 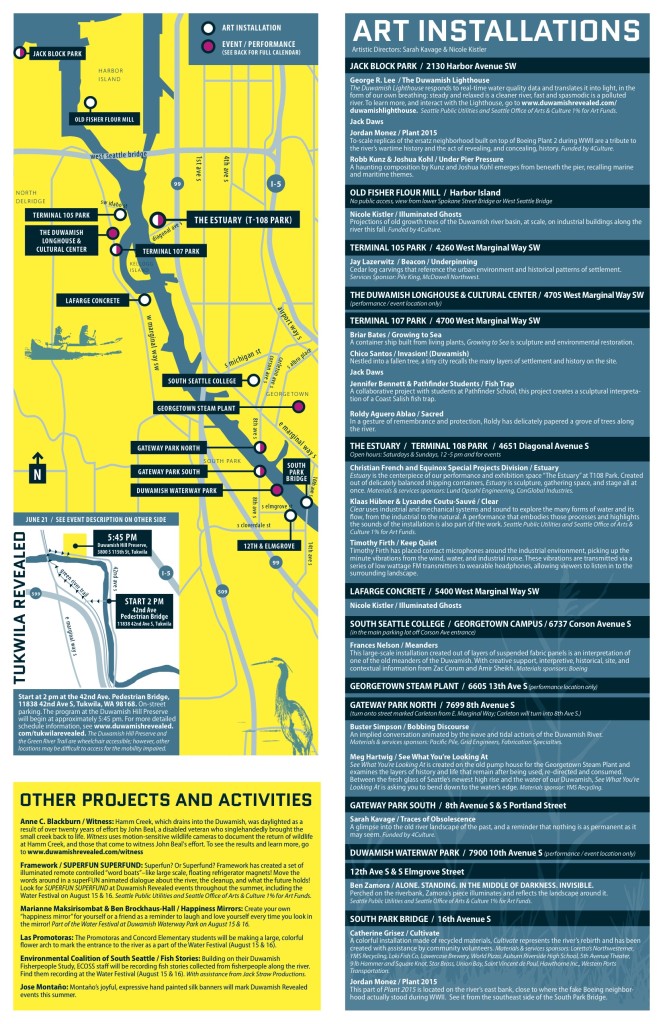