After The Japanese (End)

I had no idea when I started this series that it would end with me writing poems about my Father’s death on Mother’s Day 2014. And so it goes. I am grateful to have a process that allows me to, yes, process events like this one. I am grateful for the positive feedback I have received on this series. Thanks for reading.

That I have entered another chapter of my life (divorce, new apartment, new relationship) I feel like I have Pop on the other side of the veil cheering me (& the White Sox) on. 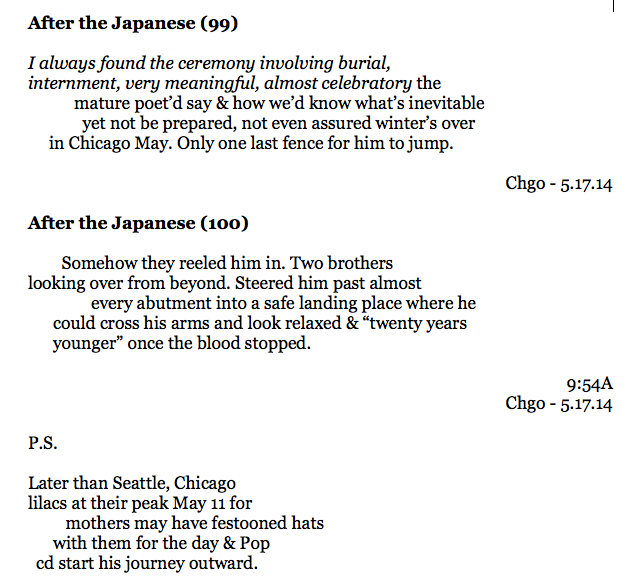