Am working on a new series of poems, a couple of which I’ve read out at local open mics. Not ready yet to talk about them lest their shape be bent by what someone might say, but am up tonight in advance of a trip to D.C. to visit my Kid the Journalist. Sometimes I am late to the game but the story of the Kurdish kid from Syria who washed up on the Turkish beach really got to me. 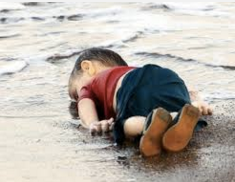 And I can’t go into my youngest daughter’s room just to look at her sleeping, since she sleeps most nights at her Mother’s house. I will say that the response to the Beirut/Paris terror acts and the welcoming (at least in THIS state) of Syrian refugees has given me hope that people are becoming more human. My own response to these two particular events has shown to me either my own selective grief, or my captivity to media that would value some lives over others. This kind of self-knowledge is alchemical gold. Now for the latest in the new series: 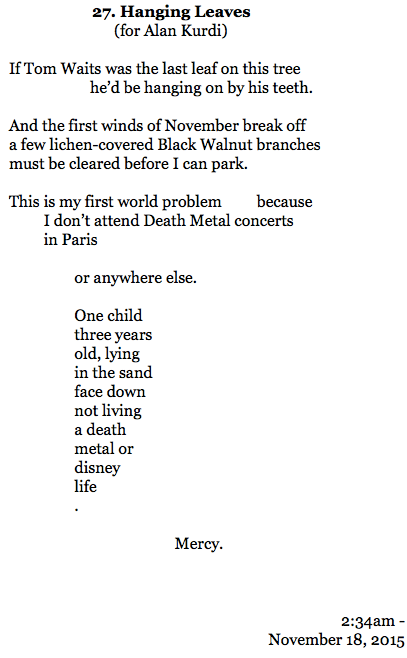