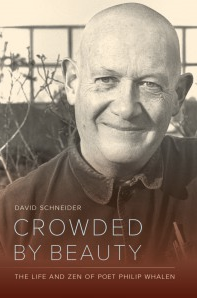 I FINALLY finished Crowded by Beauty, the wonderful biography of Philip Whalen. David Schneider brings a Zen perspective to chronicle the life of a poet who, along with Gary Snyder and Lew Welch, was considered one of the NW Beat poets. A great review of the book is here.

I took 98 separate notes, so writing a comprehensive review is not my aim here, but the book is wonderful and essential for those interested in the combination of poetry and spiritual seeking. And the Beat movement if about anything, was about the rejection of mainstream USAmerican culture and an attempt to stay open, a task Schneider knows is no small feat here:

Conventional thought, mental provincialism, a subconscious narrowing of scope – these attach themselves to an artist’s capacity like barnacles to a ship. Staying open or spacious requires real work and guarantees little. Viewed from outside, a person attempting this might be called politely, “loosely strung.” Less politely, but more literally, a person trying to crack out of closing intellectual shells could be described as “crazed.”

As I started this post, I had just finished reading a story about how U.S. Presidential candidate Donald Trump told a crowd of supporters in Alabama “get him out of here” and they began to beat a black man in the crowd who was protesting Trump. Yet poets are the ones who are described as “crazed.”

There were so many good quotes in the book, I put as many as I could into a poem and hope that will suffice as a “review” and a tribute to a legendary Cascadia poet who is a talent deserving wider recognition. 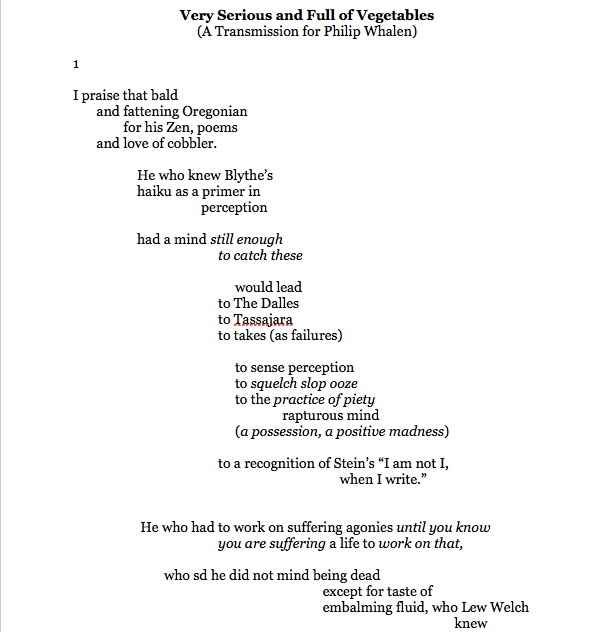 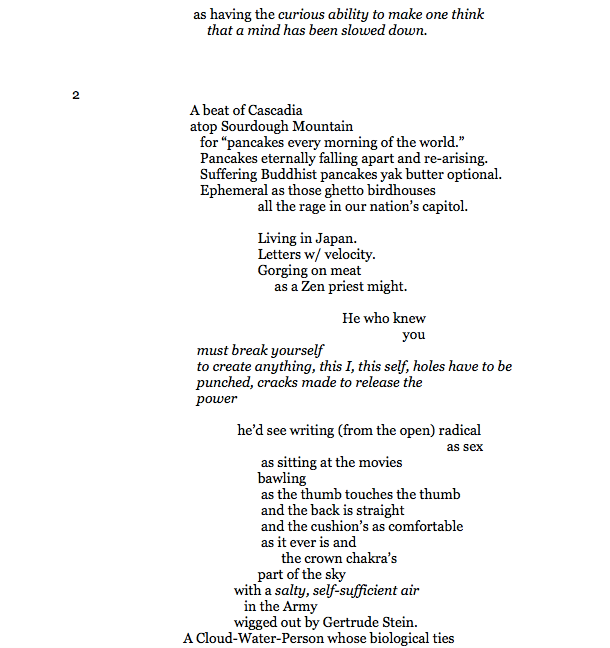 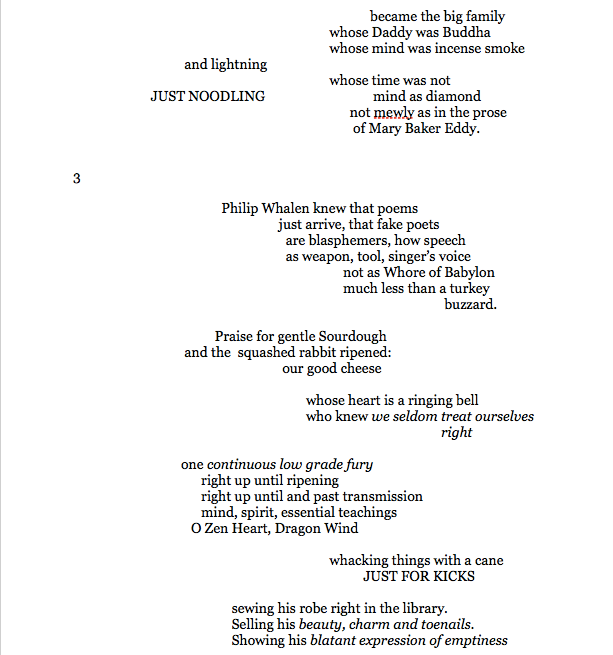