HRC and the Death of the Onion

I’ve loved the Onion for years and can remember almost wetting myself at the biting humor of some of the stories. (One on Ozzie Guillen comes to mind.) Dark, un-PC and probably the best thing going in professional comedy in the U.S. for a long time. I put them over Jon Stewart and Stephen Colbert, though love those two and their contribution to what passes for civil discourse in the U.S. It’s a sad state when the comedians are the ones providing the real news, but welcome to the end of empire and the dominance of neoliberal Crony Capitalism.

And then the Onion gets purchased by someone with a political agenda. This is a bad omen for people interested in creativity. The bottom line is always antithetical to creativity. Give a capitalist a good thing and he’ll tell you to do it OVER and OVER. Look at Hollywood and sequels. He’ll fuck it up. Here’s the story:

Univision, a hugely successful Spanish language broadcaster, bought humor newspaper/site The Onion, two weeks ago, and in so doing, transferred control over a site that has produced scathing comedy at Hillary Clinton’s expense to Haim Saban, millionaire financier and Democratic power-broker, who calls Clinton “pristine plus” and “great for the country and great for the world…”

Saban describes himself as a staunch zionist and partisan for Israel (“I’m a one-issue guy, and my issue is Israel”), which also has implications for The Onion, given its long history of scathing commentary on the Israeli occupation of Palestinian territory and the system of Apartheid enforced by the Israeli state.

Saban has apparently given over $2 Million dollars to support HRC’s political campaigns and another $10 Million to the Clinton Foundation. And then what happens? This: 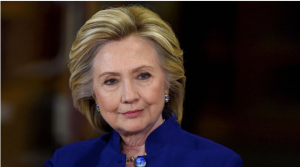 NEW YORK—Citing her lackluster support among young voters, campaign consultants to Hillary Clinton, the Democratic presidential frontrunner who has served as both a U.S. senator and secretary of state, reportedly instructed the candidate this week to be more inspiring.

This is how it starts. Is that a puff piece, or what? How clear is it that the inspiration this campaign season is coming from a different candidate, one in competition for the same nomination as HRC, but getting significantly bigger crowds and hundreds of thousands more campaign contributions from actual people? The piece continues:

“Right now, voters are looking for a candidate who stands for real societal change, someone who can stir something inside them,” said media advisor Jim Margolis, urging the woman—who overcame entrenched societal biases to build a successful legal career, became the first female senator elected in the state of New York, oversaw the Department of State during a period of widespread international tumult, and, if elected, would be the first female president in American history—to appear more uplifting to voters.

It is almost as if the Clinton campaign gave the Onion talking points, as they are wont to do. I am surprised the Onion writer avoided the word “muscular.” 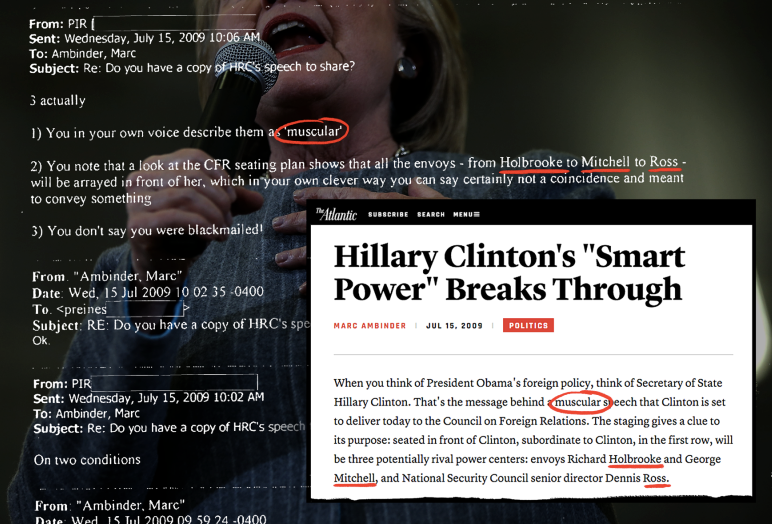 Near the end the piece says:

“Many young people have completely lost faith in the political process, and they want to believe that true progress is actually possible. They want someone who embodies progressive ideals.”

Progressive ideals, like not taking money from corporate interests? Like espousing a Single Payer health care system for all citizens? (Which HRC in her Howard Dean moment said would “never happen.” Said after taking $13 million in contributions from the Insurance and for-profit Health Care Industry?) Like not fracking and endangering the water supply of average US citizens? Like guaranteed college for all, or a $15 minimum wage? Have we been addled by neoliberalism to think that Hillary Rodham Clinton represents “progressive” ideals?

Compare this to other Onion stories on HRC:

Boo! to the Onion. I’d love to see some of your writers quit and see them sink their teeth into this campaign, but you can’t do that while attached to the corporate teat.

2 Responses to HRC and the Death of the Onion