How do you know if someone is a vegan? They’ll tell you. I’m not a vegan, but when I first heard the phrase Left Egalitarian, it registered as quite accurate to describe my politics. (I’ve linked to that Feb 10, 2016 Benjamin Studebaker post a couple of times and he’s emerging as quite a perceptive commentator in these days or radical political upheaval.)

So this political season, with the rise of the Sanders candidacy, I am beginning to understand some things about myself and how I’ve navigated the world and this Neoliberal Gringo culture in the U.S. with a sense that I’m on the outside and always have been. I now begin to understand why, as a 19 year old voting in my first Presidential election, I supported Teddy Kennedy in the Democratic primary and then John Anderson in the general election. No, not the vocalist for the rock band Yes, but a guy who was on the record as a Presidential candidate saying the vote he most regretted was the Gulf of Tonkin resolution (which gave approval for the disastrous Vietnam War) and that he felt that “lowering taxes, increasing defense spending, and balancing the budget were an impossible combination.” He also had a plan to reduce Social Security taxes and levy a tax of .50c a gallon on gas, which would have lowered consumption, helped the middle class and perhaps made a dent in Climate Change when only James Hansen and Exxon knew that it was happening.

Jimmy Carter was the first neoliberal President and I had a sense that priorities were askew. That he started the move toward deregulation was a huge step in a horrible direction that Bill Clinton would maximize with awful legislation like the Telecommunications Act of 1996, which wiped out about 70% of the jobs in radio and created a casino capitalism mode where companies like Clear Channel (now iHeart media) were allowed to own up to 8 radio stations in each market, dooming the local nature of radio, dumbing it down considerably and laying off thousands, maybe hundreds of thousands of radio professionals. Clear Channel ended up with 1,200 stations or so and who listens to radio anymore?

So in the last half of my radio career, I was again on the fringe of that business by creating a non-profit organization dedicated to producing public affairs radio interview programs and syndicating them to as many as 18 stations a week mostly in the Northwest. These programs are being archived, as many as I can get online, at www.AmericanProphets.org. And in the early days, before I had the language to describe what I was doing, I had an interesting way of answering the inevitable cocktail party question. Q – “What kind of interviews do you do?” A – “Well, you know how Alternative Medicine is the way of the future? I try to find guests who take that approach to all other issues that affect our communities.” HA! And then I would see that I was talking about radical (affecting the root issue) approaches, or “holistic” or “whole-systems” and then I was interested in “consciousness science” which of course led me to poetry. It seems all very logical to me, but as you can imagine, I was seen as a freak by many of these stations for whom I provided programming, or worked at part-time, including one NPR station which shall go nameless. 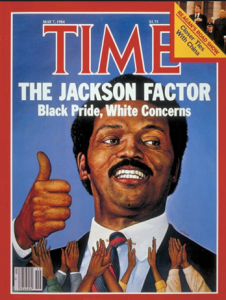 And here we are, thirty-six years after my first voting experience, having seen the likes of Jesse Jackson (who was endorsed in his 1984 race by Bernie Sanders and whose platform was very Democratic Socialist) and Ralph Nader (yes, blame ME for Bush, not the DLC for abandoning the middle class for the vulture capitalists of Wall Street), Barack Obama and Jill Stein. Yes, I was fooled by Obama, who was either a neoliberal in Left, Egalitarian clothing, or did not have the nerve, or will, to support policies that would have benefited humans. Sorry, I won’t be forced into buying Health Insurance when it is A) Allopathic (drugs, surgery and radiation) and B) a human right in civilized countries.  Another savvy commentator emerging during this campaign season, Bill Curry, said it best:

I often talk to Democrats who don’t know Obama chose not to raise the minimum wage as president even though he had the votes for it; that he was willing to cut Medicare and Social Security and chose not to prosecute Wall Street crimes or pursue ethics reforms in government. They don’t know he dropped the public option or the aid he promised homeowners victimized by mortgage lenders. They don’t know and don’t want to know. Their affection for Bill and Barack — and their fear of Republicans — run too deep…

Click the link to see his note on: The performance of the press has been abysmal in this election season and keep in mind that the number of professional journalists is dwindling now in this, the twilight of neoliberalism, and you’ll never guess what field my oldest daughter went into. 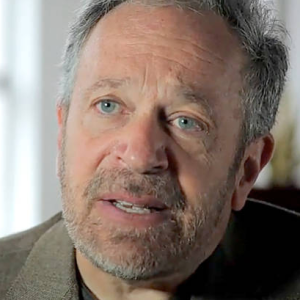 But there are consequences, actions and reactions to everything, including adherence to Neoliberalism, as Robert Reich so eloquently laid out in a concise Open Letter to Republicans:

…you’ve instructed your Republican lackeys to reduce your and your corporation’s taxes so much over the last three decades – while expanding subsidies and bailouts going your way – that the government is running out of money.

That means many of the things you and your businesses rely on government to do – build and maintain highways, bridges, tunnels, and other physical infrastructure; produce high-quality basic research; and provide a continuous supply of well-educated young people – are no longer being done as well as they should. If present trends continue, all will worsen in years to come…

I’ve rejected Neoliberalism even before I knew what it was and that made me an outsider in the workplace and in the poetry community, which in the U.S. is quite addled by the materialist worldview and the lure of contests, awards, gigs and other symptoms of positioning that take writers and artists away from an authentic and deep gesture. And so it goes.

But the wealth of incisive commentary this election season is staggering, like Chris Hedges. Hedges knows the rise of Drumpf and US fascism is the revenge of the White middle class, and George Lakoff writes brilliantly about it as well, which he ends by saying:

(Yes, I am using the Drumpfinator Chrome extension.)

And one commentator pointed out, and I can’t find the source but it rings true with me, that after World War I and the Great Depression, the U.S. got the New Deal and Europe got Hitler, Mussolini and WWII. The fork in the road seems pretty obvious to me, but with my 55th birthday coming up this summer and few productive years as a wage earner before I’m thrown on the scrap heap (as we do to old people in neoliberal societies) I am certain I can’t take eight more years of this shit. Good news? Millennials can’t either, so something has to give. Let’s hope its Neoliberalism before the biosphere. 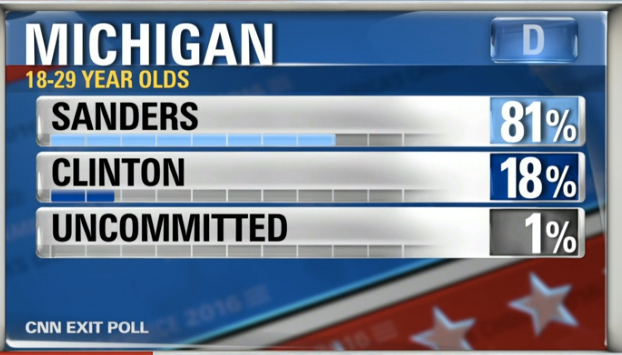