God is dead but Satan abhors a vacuum. And religion/spirituality in North America has been replaced with neoliberalism. I find this out during the current U.S. Presidential campaign when I engage (mostly on Facebook) friends who support the candidacy of Hillary Rodham Clinton (Thrill Only a Roach Mind) and/or call her a “progressive.” Would a “progressive” have a shell corporation or be married to a person who does?

What We Know About WJC, LLC, Bill Clinton’s Consulting Company (Bloomberg, May 26, 2015)

Among the revelations turned up following the latest round of financial disclosures by Bill and Hillary Clinton is that the former president started a limited liability “pass-through” company titled WJC, LLC. The company has no listed financial assets and no employees, the Associated Press reported, and Hillary Clinton’s campaign was not legally required to report its existence in campaign finance reports. Its purpose, according to the AP story, was to channel payments for consulting work to the former president.

And the Panama Papers are released and we’re told today (April 5, 2016) that there are revelations to come that will (unsurprisingly) implicate U.S. Americans. Where was Bernie Sanders on all this? Warning about it on the floor of the U.S. Senate in October 2011. More evidence it pays to actually believe in something. To have a world-view, a cosmology. Now the world seems to be catching up to Sanders and his people-centric campaign and policies, but not some of my good friends, some of whom I engage on Facebook and one of whom said: “What has happened to you?” 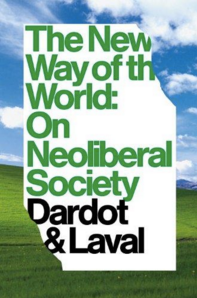 What has happened is that I paid attention to current events, as I have since I was a child, responding to my 7th grade teacher’s question: “How do you know so much about this stuff”? by saying: “I read the paper.” But reading the paper today is not enough, as if it EVER were given the intention of your typical YUGE corporation. It is more loaded today given the media consolidation enabled by Bill Clinton and one must be media literate, as my friend Gloria DeGaetano has been preaching for 25+ years. Friends so unaware of what is happening right now and how their religion has become neoliberalism. Two quotes from The New Way of the World: On Neoliberal Society by Pierre Dardot and Christian Laval come to mind, describing neoliberalism:

as a tool of state economic policy, with the dismantlement of social provision, progressive taxation and other instruments for redistributing wealth, on the one hand, and with the stimulation of the untrammeled activity of capital via deregulation of the health system, labour and the environment, on the other.

Neo-liberalism defines a certain existential norm in which western societies and, [countries] far beyond them… enjoins everyone to live in a world of generalized competition; it calls upon wage-earning classes and populations to engage in economic struggle against one another; it aligns social relations with the model of the market; it promotes the justification of ever greater inequalities; it even transforms the individual, now called on to conceive and conduct him- or herself as an enterprise… A global rationality, it is at the same time a ‘world reason’… neoliberalism is nothing more, nor less, than the “form of our existence…”

If you do not have a cosmology that is reinforced by daily practice, chances are neoliberalism has become your default religion. And in a culture that would corrupt ancient modes of worship and self-knowledge demonstrated by books with titles like Yoga Bitch, you can see how the work in the west can be more difficult.

Of course I see parallels in the poetry community. That Ron Silliman has reintroduced Edgar Allen Poe’s pejorative phrase School of Quietude to describe the reigning mainstream U.S. poetry is one of his greatest contributions to North American poetry culture and you can see mix of traditional religious types mixed in with neoliberals in that “community.” But their lack of awareness of this “school” is akin to the neoliberals in this country who are like fish asking “What do you mean by the concept of “water?” I also recall a slam poet years ago musing that their dream is “orgasms in five-star hotels.”

It seems to me the world calls us to be as conscious as we possibly can be, to create gestures that come from the depth of our own souls. I sense a huge transformation on the horizon, but we must make our own personal transformations to speed the arrival of that event and to best take advantage of it in our own lives. Having a cosmology and practicing daily the tenets that strengthen its power in our lives is essential now more than any other time in history.