No Sonics & the Rising Feminine 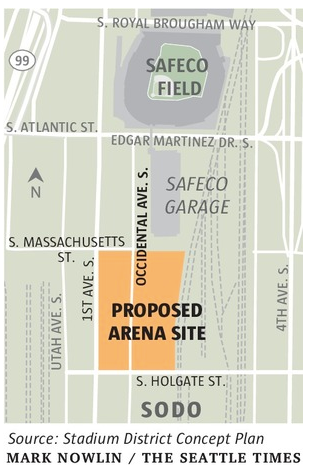 Forgive me Sonics fans, but I view the Seattle City Council vote yesterday (5.2.16) as emblematic of everything good about Seattle. The Council voted against a sale of a city street to would-be stadium-builder and prospective NBA team owner Chris Hansen, which may be the last nail in the coffin regarding the return of the NBA to Seattle. As you may know, the Seattle Supersonics, or Sonics as they were sometimes known, were sold to out-of-town buyers by Howard Schultz (Starbucks CEO) to a group that moved the team to Oklahoma City. Seattle sports fans, meanwhile, developed a love for fútbol (soccer) instead and the Sounders are one of the most popular teams in the MLS.

And while I am not against the idea of having the NBA (or NHL) here, this deal was fraught with insidious overtones. That a vote on the selling of the street comes now, 18 months before the city’s Memorandum of Understanding (MOU) with stadium developer Chris Hansen expires, is suspect. Had it happened, it would have been used as evidence that the MOU (& its generous $200M taxpayer subsidy) should be extended into the future. However it seems that the NBA has no plans for expansion now and not until after their next collective bargaining agreement with players is signed. The Times article quotes the NBA Commissioner himself on this. Seattle Mayor Ed Murray was apparently pushing for a vote on this now.

And while these stadium deals appeal to boys of all ages, the truth is that there is no proven financial windfall for taxpayers footing their part $200M+ for any multi-millionaire, no matter how generous he appears to be. A Stanford study shows that pro sports stadiums do not generate significant local economic growth, but boys will be boys, ignoring the facts in the quest to get their way.

And here’s where the boys come in again. The Times article on the No vote also says

One source said the three female council members who were undecided had become increasingly put off in recent days by the personal attacks Bagshaw was taking from male sports fans on social media and certain talk-show hosts on Sports Radio KJR.

Sally Bagshaw is the Seattle City Councilmember who was lobbying her fellow councilmembers, those that were undecided about this, to vote no and the vote turned out to be 5-4 against, the five being women councilmembers (including Socialist Kshama Sawant) and the 4 being men.

This is why SO MANY of us want to see more women majorities on City Councils, County Councils, State Legislatures, in Congress, the U.S. Senate and on every other elected body. Masculinism is dying and boy behavior, as exemplified by the boorish sports radio arrested adolescents referenced above, is increasingly being fought and exposed for what it is. Have your stadium, we’ll even come to a game or two now and then, but don’t make us pay for it. I’d love to see how much economic activity would happen in Seattle if you invested $200 million in the local non-profit arts community. A new renaissance is my guess, but THAT will never happen with neoliberals like Mayor Murray trying to ram ideas like this down our throats.

And the country IS moving left as Bernie Sanders’ campaign demonstrates. That Kshama Sawant voted with Sally Bagshaw on this one is just too delicious not to share. So much for the person who can’t cooperate with others. HA! May there be many future 5-4 votes that are in the interest of people and communities and not millionaires and their lavish hobbies.