I remember a former neighbor, the son of Okies who grew up in rural California, when he saw my old Black Lab Kuma eating grass, he said: “We got a grazer!” Indeed, as am I. Whether it’s hawthorne blossoms in Nanaimo during the 3rd Cascadia Poetry Festival, or the last few Junes, chicory growing out of Rainier Valley sidewalk cracks, I steal a nibble when not fasting. Have you tried sidewalk chicory? A pleasant, slightly bitter taste, that lingers. And as we were passing last night, the petals were tucked in and easy to remove and place in the mouth. Nice. 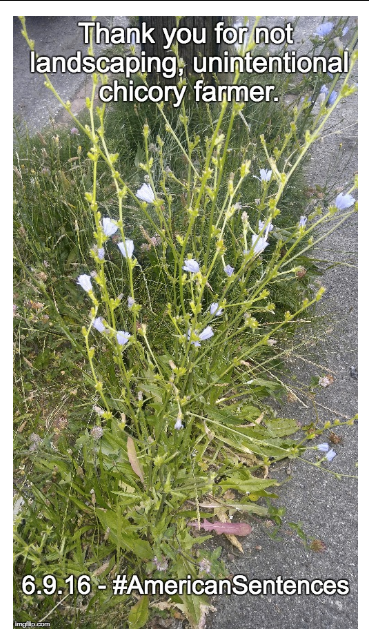