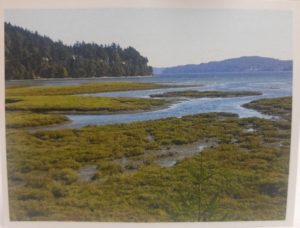 The tenth year of the August POetry POstcard Fest is under way and there are seven full groups of 32 poets, 224 participants in all, which is a record for the fee era.

And there are participants from Alabama, Alberta, Australia, British Columbia, California, Connecticut, England, Florida, Georgia, Illinois, Indiana, India, Kansas, Massachusetts, Maryland, Maine, Michigan, Missouri, New Zealand, New Hampshire, New Jersey, New York, Ohio, Oregon, Pennsylvania, Scotland, Texas, Virginia, Washington and Wisconsin. (I think I got everybody, but my eyes are getting blurry when I even look at an excel file after two weeks of intensive registration.)

And there have been two astute testimonials to the fest’s true essence, spontaneous composition. One by Ina Roy-Faderman (who is the main force behind the poetry postcard anthology 56 Days of August) and one by Linda Crosfield, who is a ten year vet. Besides Linda, Judy Jensen and I, there must be other ten year veteran postcarders, (please come forward) but I can’t remember right now and no more excel files for a while.

And there have been numerous emails and Facebook messages to me, thanking me for the work done to get the lists out and for keeping this thing going. It is a joy for me to be involved and an honor to be of use in such a novel way. Thank you for believing in this, for telling friends, for participating and (hopefully) for experiencing the joy of getting to be the first person to read a card that you wrote with the aid of the ghosts of postcard past.

Happy carding. I will again post all cards I have written and write a summary once I have finished writing at least 32.