Perhaps it’s vindication for suggesting Bernie Sanders was a candidate more in line with traditional Democratic Party values, or the yuge desire to see an end to the embrace of neoliberalism that allows me not to feel as freaked out about the possibilities of a Trump presidency than many of my friends. After all when “good” presidents are assassinating U.S. citizens, and extending endless violent foreign occupations, how bad can it… (OK, I won’t ask that.)

And it’s not like I have it made by typical materialistic U.S. standards. I earn less than half of the median income for this county and have no health insurance, so I have to be careful about how I go about things. Still, I found it quite validating that longtime local historian and writer Knute Berger would write TWO different pieces on how to view recent electoral developments from a bioregional angle.

…1. Cascadia as a state of mind

The Northwest has its own secession dreamers in the Cascadia movement that seeks to unite the bioregion incorporating Northern California, Washington, Oregon, British Columbia, parts of Idaho and Montana. While real secession from the U.S. and Canada isn’t an option, we can, as one advocate has suggested, have nationhood without being a separate country. In the age of Trump, thinking and acting regionally will become more important. We can sharpen our definition of what it means to be Cascadian citizens engaged in the region, sharing values, being open and inclusive (unlike some separatist advocates), and striving for social and racial justice. We could strengthen regional cooperation with less regional competition. Consolidating ports? Working on interstate regional mass transit? Building housing? Planning less parochially? Developing regional structures between states and provinces — without reliance on the federal governments — could prove to have lasting value and be more sustainable than if we act on our own…

Our region — the old Oregon Country and California — has been built on immigration and migration, with various ethnicities pulsing into the region: the Irish, Chinese, Germans, Mexican, Brits and Canadians. In the 1970s, we opened our arms to some 30,000 Vietnamese refugees who became a bedrock community in our state. The biggest source of foreign immigrants in the modern Northwest is Mexico.

Such influxes can be gracefully accommodated, which is a good thing: There are more coming.

Already, the Pacific Northwest is expecting an influx of climate refugees, from the Pacific Islands that might shortly be under water to Hispanic migrant workers who have forsaken drought-ravaged California for wetter climes in places like Skagit County…

Meteorologist Cliff Mass has predicted that climate change will impact us, but that we’ll likely be spared some of the worst effects in the relative near term and thus we’ll be a magnet for other migrating Americans. These might be Californians looking for water, people from the Southern states looking to escape Zika, or folks from coastal communities resettling due to intensified storms, erosion and sea level rise…

Am reminded of the haibun I wrote about Cascadia being home to many “cracker climate refugees.”

When one gets connected to a place in terms of a bioregion, the national borders become, if not less real, surely less important in one’s consciousness. They have in mine. Few U.S. Presidents ever act in ways that I would support, even the “best” of them. I won’t get into the number of military bases this country has around the world, or the fact that it is the only major industrial country that does not provide health care for its citizens. The list goes on and on. So thanks Knute. I agree, thinking more bioregionally is not just healthy for people and ecosystems, but if we think about saving the biosphere one bioregion at a time, it looks quite sensible. 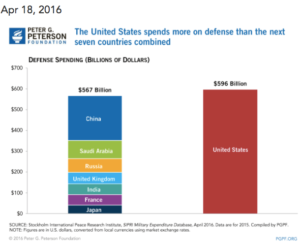