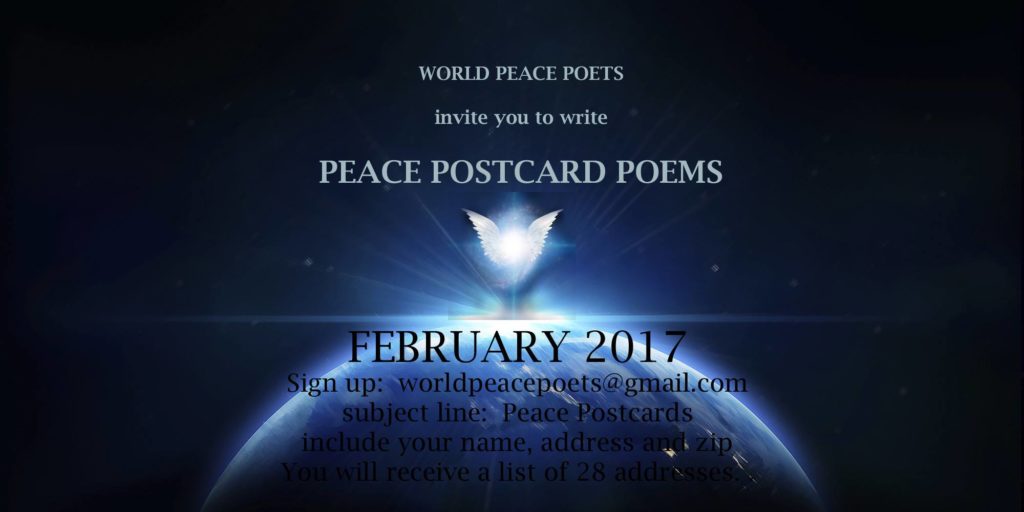 I’m just about finished with the 2017 Peace Postcards project. There are 28 poets on my list and without sending a card to myself, that means I had 27 poems to write and will probably get the last one done in the next day or so. This was year two of Carla Shafer’s project and that it is the complete opposite time of year from August, when I’ve been writing postcards for the fest Lana Ayers and I created in 2007, it works out for me to be involved. 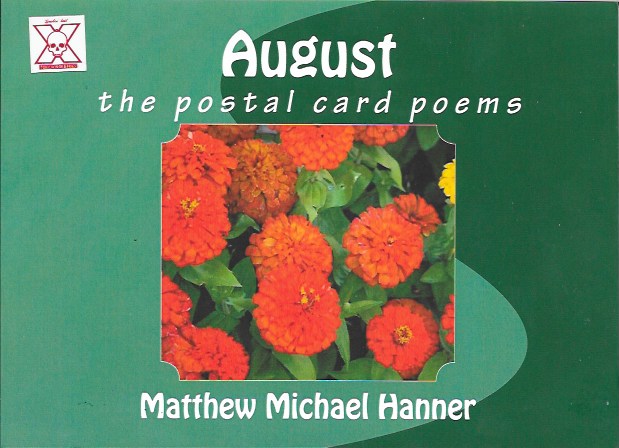 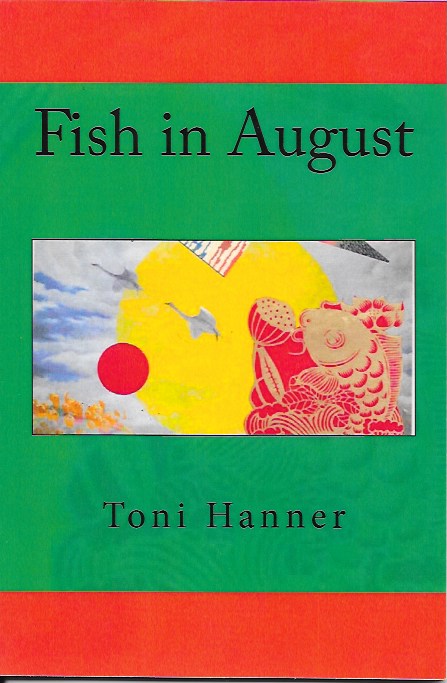 And funny thing happened while I was in Eugene, Oregon, for a reading at Tsunami Books that Roy Seitz and Laura Lehew invited me to give.  I met two Postcard poets! Toni and Michael Hanner have been participants in the APPF and attended my reading and we got together for coffee the next day. I was making sure I had my poems in the right order before the reading and an unfamiliar voice came up to Laura (the emcee) and I from behind us and said something like: “What I really want to do is meet Paul Nelson.” When is the last time someone said THAT?!? Toni was inspired by the Poetry Postcard Fest to get involved in Mail Art and showed us some of her creations which were fabulous. Then she and Michael took turns reading some of their own fine poems:

I had seen Michael’s poem to Bridget Nutting in his book, which he gave me at the reading, and today in my journal, one of my last postcard poems written to Bridget pops up: 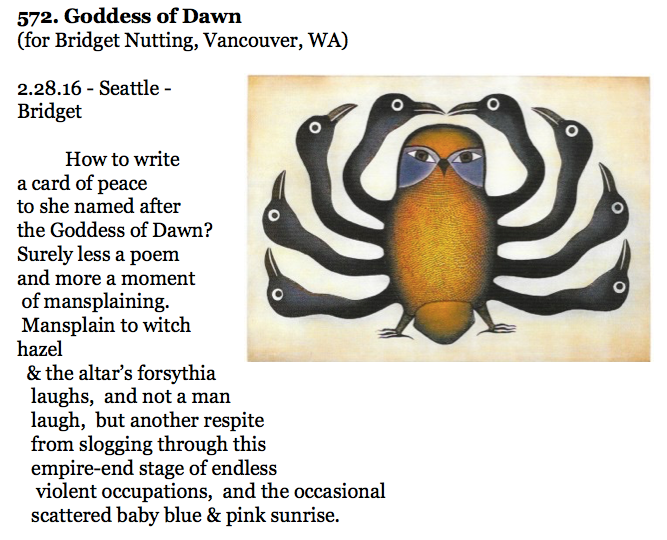 And if THIS is not enough postcarding for you and August is too far away, consider joining Lenora Good’s APRIL postcard fest with details here: https://oddsnbods.blogspot.com/2017/02/postcard-poetry-is-coming.html