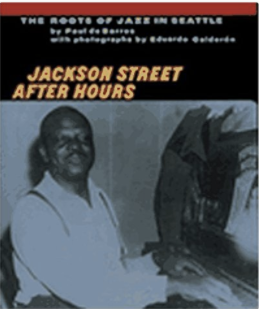 Jackson Street was once the epicenter of Jazz in Seattle. Not sure there is one anymore, but you can hear live Jazz in town at places like Tula’s, Jazz Alley, the Royal Room and other venues. On April 1, 2017, my long-time collaborator and world-class flute player, composer, arranger and bandleader Jim O’Halloran, has asked me to read some poems accompanied by the band and I am delighted to do so. The place is the Lake Chad Cafe at 1712 S. Jackson, where I have enjoyed many meals and many fine sets by Jim and his bands of various composition. This time he’s pulling out all the stops, as his email blast and poster (below) illustrate. I hope to see you there. 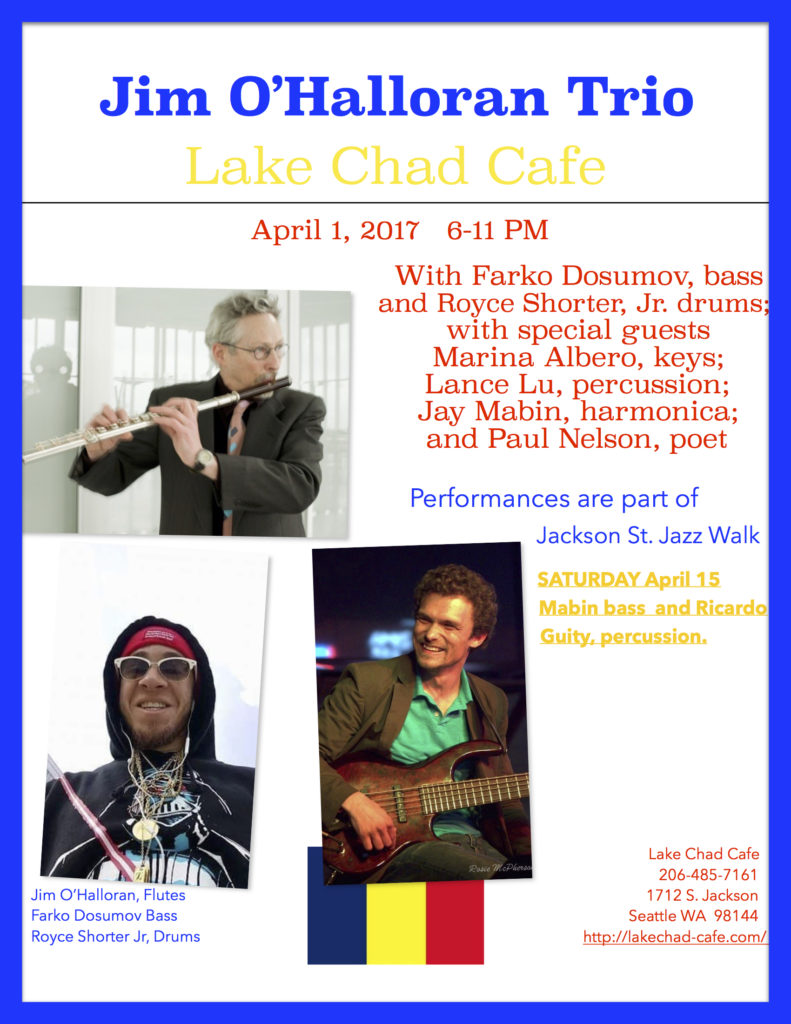 Paul will be joining us throughout the evening, Lance on the second set, Jay on the third set, and Marina on our fourth set.  Meanwhile, there will be lots of other music going on up and down Jackson Street! The usual great food, welcoming atmosphere at Lake Chad Cafe’—-all ages, full bar.

P.S. How Jim billed me is accurate, somewhat, but I get a kick out of it so leaving it in.