Bioregionalism in the Age of Crumbling Empire 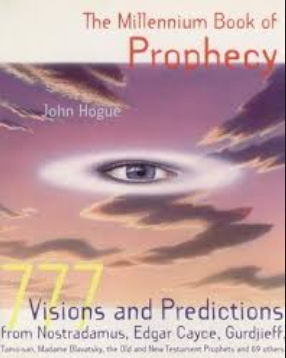 It has been clear to me for a couple of decades now that WWIII is the planet vs. humans. Author and Nostradamus scholar John Hogue posited that in his 2000 book The Millennium Book of Prophecy, said it on my syndicated radio program when I interviewed him about the book, and it resonated with me deeply and has ever since. That was around the year 2000. Most of us (speaking of USAmericans) act as if we are completely unaware of the gravity of the ecological crisis (the 6th great extinction) with the exception of a growing number of brave scientists and of course the indigenous people who’ve been tracking this decline for 500+ years.

Is the 6th great extinction related to a similar dynamic now present in our world, namely the end of the U.S. empire? Perhaps. John Hogue, maybe from the same interview, told me that the world’s great prophecies all seem to end around 2020 or so. But end-stage empire is a given as seen from the evidence I’ve been able to muster.

A documentary once on Youtube but now removed suggests that empires have six stages:

I find it ironic that, in the end stage, stage 6, the video clip points out how chefs are elevated to a level of honor reserved for athletes (in our age) and charioteers/gladiators in the end stage of ancient Rome, as I just watched Anthony Bordain’s Parts Unknown/ Seattle program. I had to google him to find out who he was and why his visits to local eateries were important enough to be front page news in the local newspapers. Nothing was said about Seattle’s homeless crisis, but he did have time to imbibe in legal marijuana and virtual reality pornography, among other happy (hazy?) distractions.

It has been clear to me for a while that we are disconnected from place and, in addition to learning about the local plants, animals and the watershed in general, I can be of better use via the concept of bioegionalism, or the effort to see the place in which we live as defined by boundaries created by nature, and by engaging in the practice of re-inhabitation, the antidote to the life-destructive path of technological society.

My efforts at creating the Cascadia Poetry Festival, my interviews with poets, indigenous leaders and other whole systems theorists: www.AmericanProphets.com, my own serial poem (A Time Before Slaughter and Pig War: & Other Songs of Cascadia), the anthology Make It True: Poetry From Cascadia (& another one in the works) and the annual MOOC on Innovative Cascadia Poetry are all part of my bioregional efforts, as is aiding the efforts in Cumberland, BC, to create annual events that combine poetry and Cascadia there by the Cascadia Poetics LAB. I believe the political follows the cultural and it is a matter of time before the continent is divided into regions that are more manageable and share a culture. What is happening in Alabama right now with the Roy Moore Senate campaign does not seem like it is happening in the same country in which I live.

Into this situation comes good news for those who think bioregionalism makes sense and even for those who are simply interested in what happens around here. The development is Cascadia Magazine and its email newsletter, Cascadia Daily. From today’s email:

Thanks for signing up for the Pacific Northwest’s tastiest selection of news, culture, & thought-provoking writing. Each weekday, we hand-pick an assortment of stories relevant to life in the Cascadia region (encompassing Oregon, Washington, British Columbia, and parts of Idaho and Northern California). Every day you’ll find a selection of links to news stories, essays, fiction, poetry, and art — spanning the wide diversity of cultures and people in Cascadia.

Andrew Engelson has done a great job of tapping into what is important around here and I suspect he’s not hit his stride yet. His efforts are worth of support. How are you connected to what is real?