Thanks to a grant from 4Culture, the archive of interviews I have done over the years is being organized. Summaries of past interviews, going back to December 1990, are going up weekly here: https://splab.org/listen/

The non-profit organization I founded in December 1993 (now SPLAB) was originally created to produce and syndicate this material and when the weekly syndicated radio program ended its run of about 450 hours of original programming, I continued my practice of doing interviews. They now are accessed via the page www.AmericanProphets.org which has received some funding in the past from 4Culture. Eventually, as many interviews as possible will be at the SPLAB page, including links to audio, or subject landing pages. 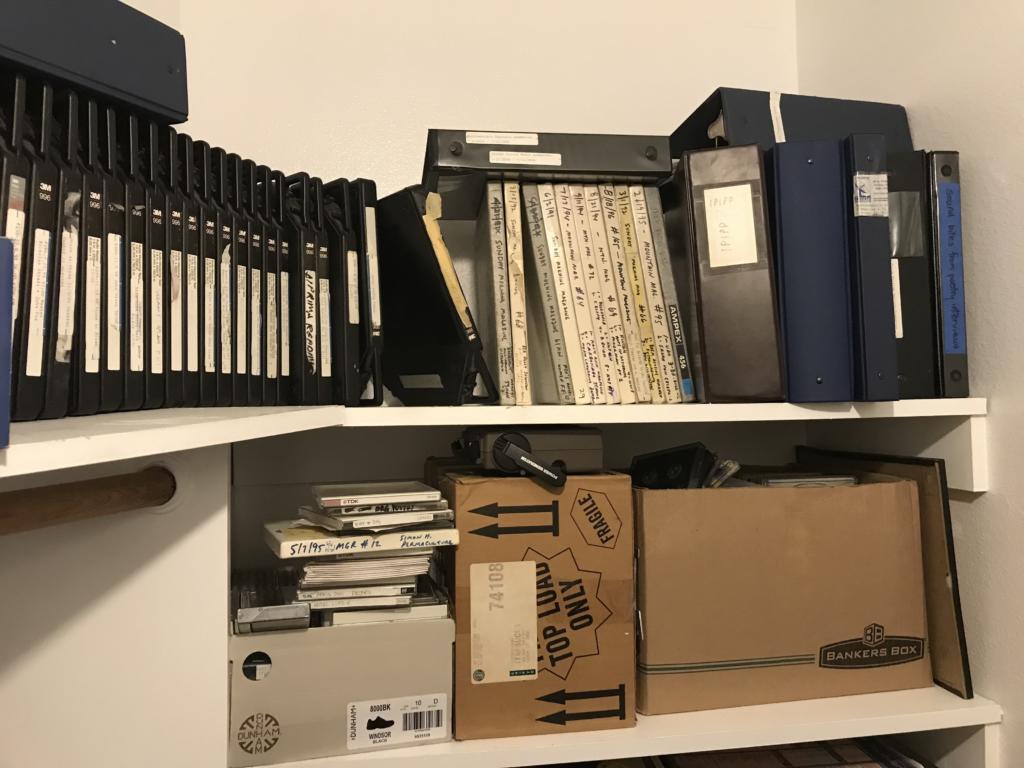 When I first started conducting interviews, I would be asked about what kind of topics I was covering. The radio show was a public affairs program and was required to dedicate programming to issues that were ascertained to be important to the community. I attended monthly broadcaster ascertainment meetings and even hosted one. In the early days I had some rather awkward answers to the kind of subjects on which I focused. Eventually I would explain that I was interested in Whole Systems philosophy. Once done with the task of researching, hosting, producing and syndicating a weekly radio show and running a non-profit ostensibly to fund such work, and do all the non-profit work, such as board development and annual renewals &c &c, once done with that in 2004, I wanted to cash in all the knowledge I had gained creating the programs. I went to get my M.A. from Lesley University in POETRY and it has taken me almost another ten years to understand that the kind of program guest I was after had some sense of the wrong turn USAmerican culture took about 1980 or so with the adaptation of neoliberalism. (I have been having a lively exchange with a journalist who says this word is being misapplied, is essentially an epithet, and any definitions which stray from those he favors are BS anyone can pull from “the interwebs.” Is this guy neoliberal? Probably, but that may be grist for my next blog post.) 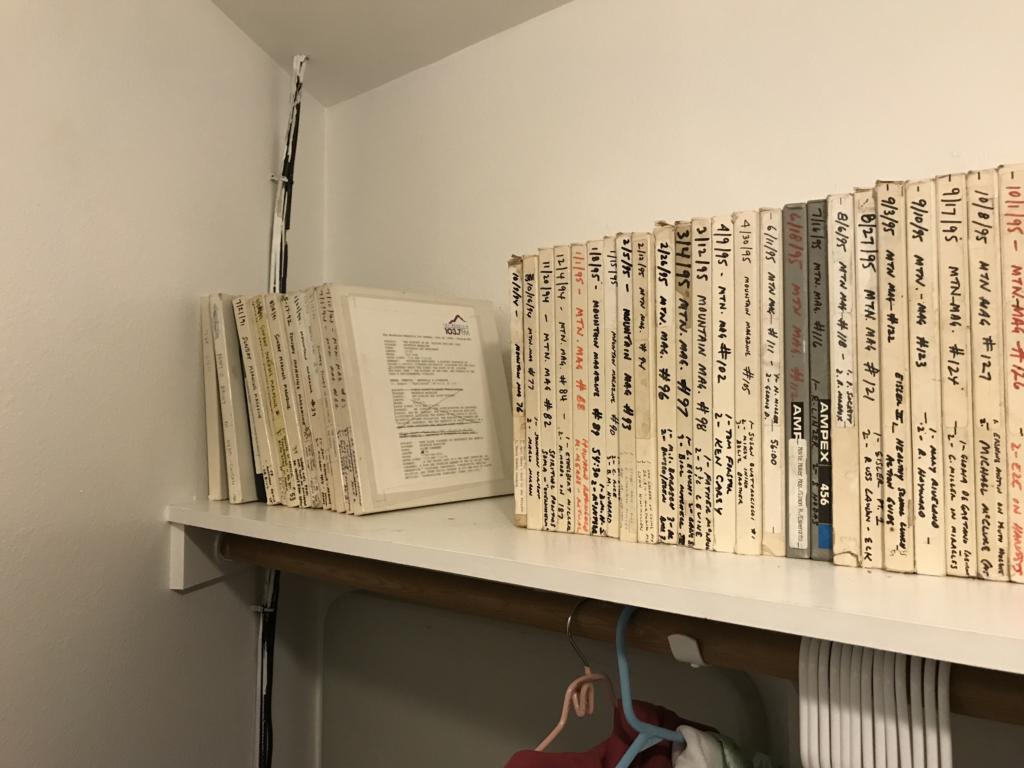 Some of the program summaries from the early days 1990-1994 include:

Karen Bolesky on Some Neuromuscular Integration

Marlo Morgan on her book Mutant Message from Down Under

Ethelbert Miller on In Search of Color Everywhere (African-American Poetry)

Jonathan Wright on the FDA’s war on alternative medicine

Matthew Fox on The Reinvention of Work: A New Vision of Livelihood for Our Time 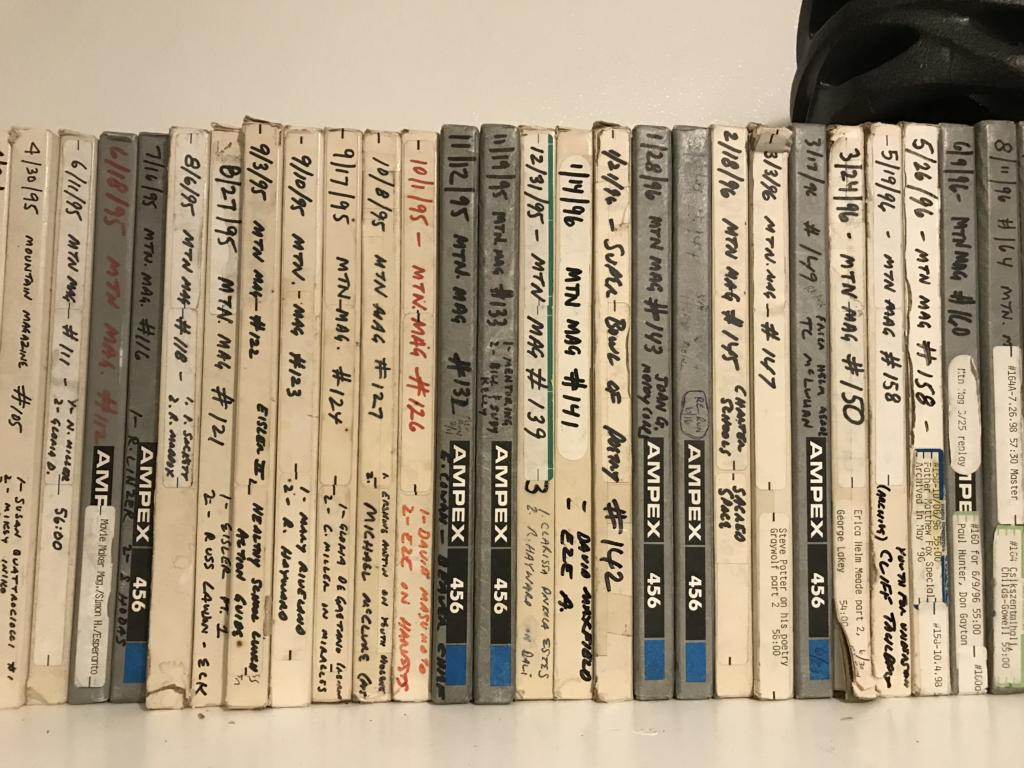 Notice the diversity, the penchant for “alternative medicine” and the depth of the material. Little of this resonates with the neoliberal mind, complicating funding efforts and audience totals. Some of the interviews are so old, the reel-to-reels must be baked to get the audio off as a digital file. Yes, they must be heated at 100 degrees Fahrenheit before the audio can be extracted. To do an hour of programming is $100 to $150 and some of the most pressing interviews will be saved and then it’s either hope a sponsor emerges, or wait for another good grant opportunity and hope for a positive decision.I’ll keep readers of this blog posted of this project while I continue to add new interviews to it. Last year was a very good year for interviews, as I did eighteen and some even showed up at the South Seattle Emerald. I am grateful to Marcus Green, the Emerald, 4Culture and other supporters of this work. 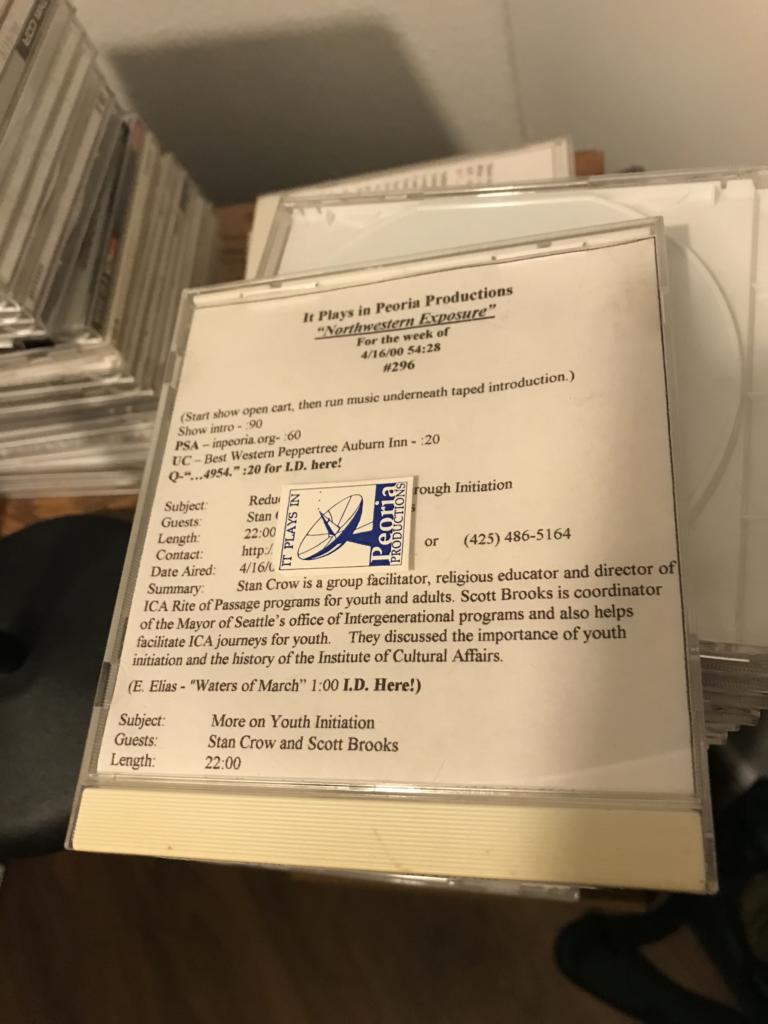 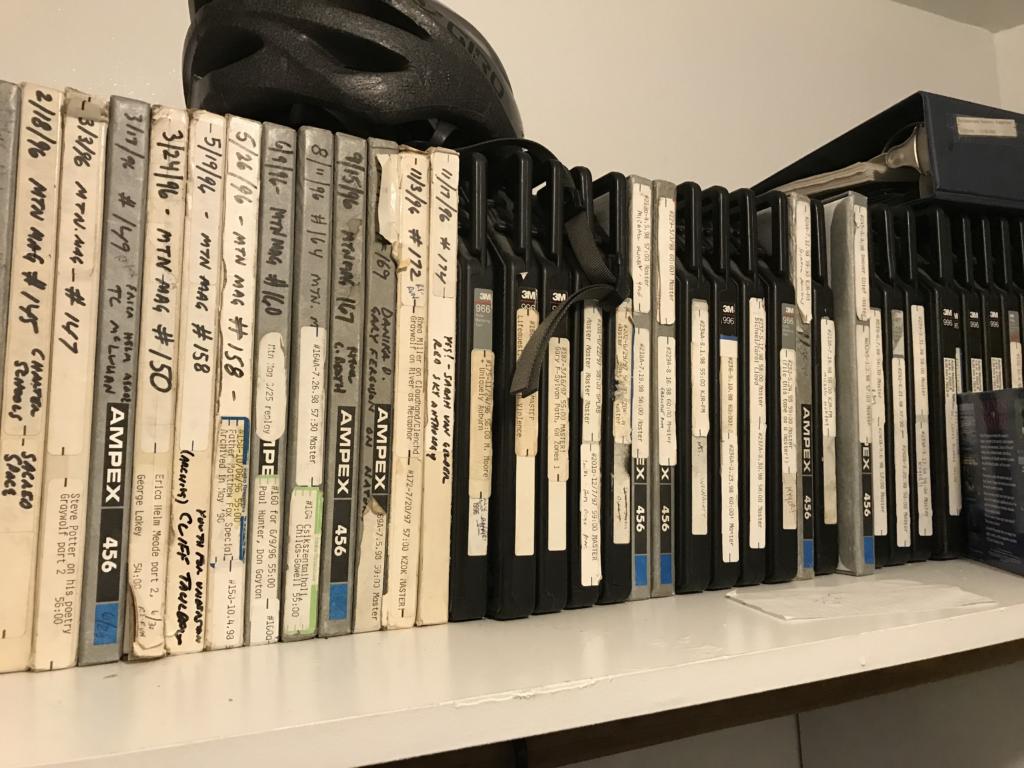 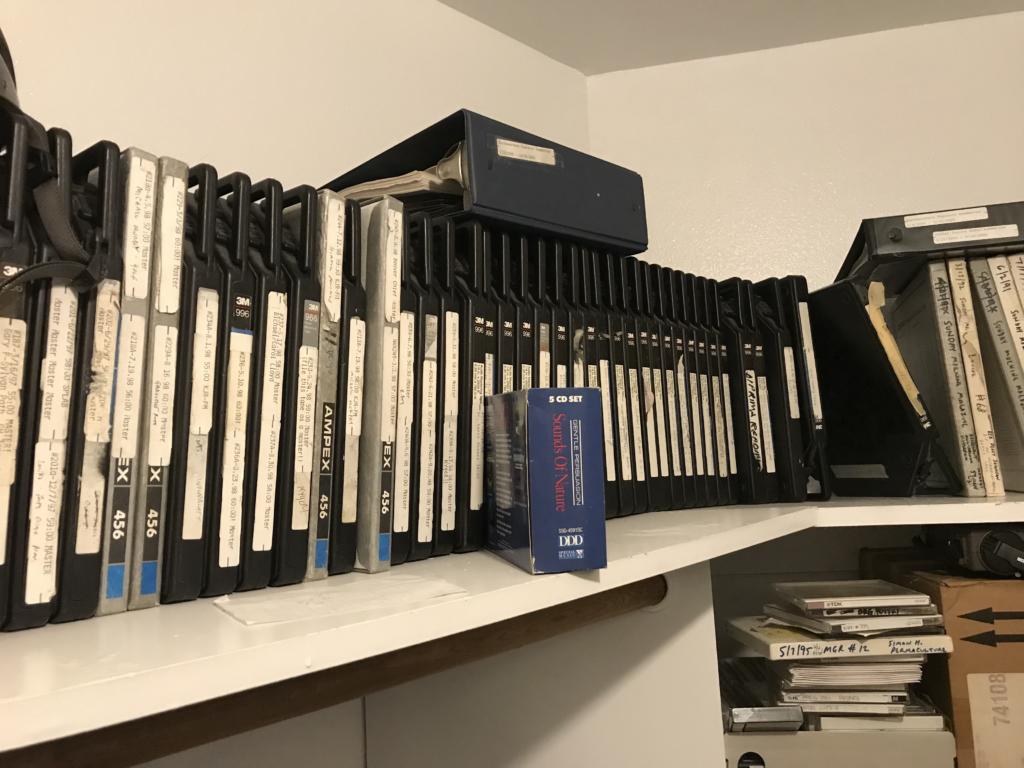 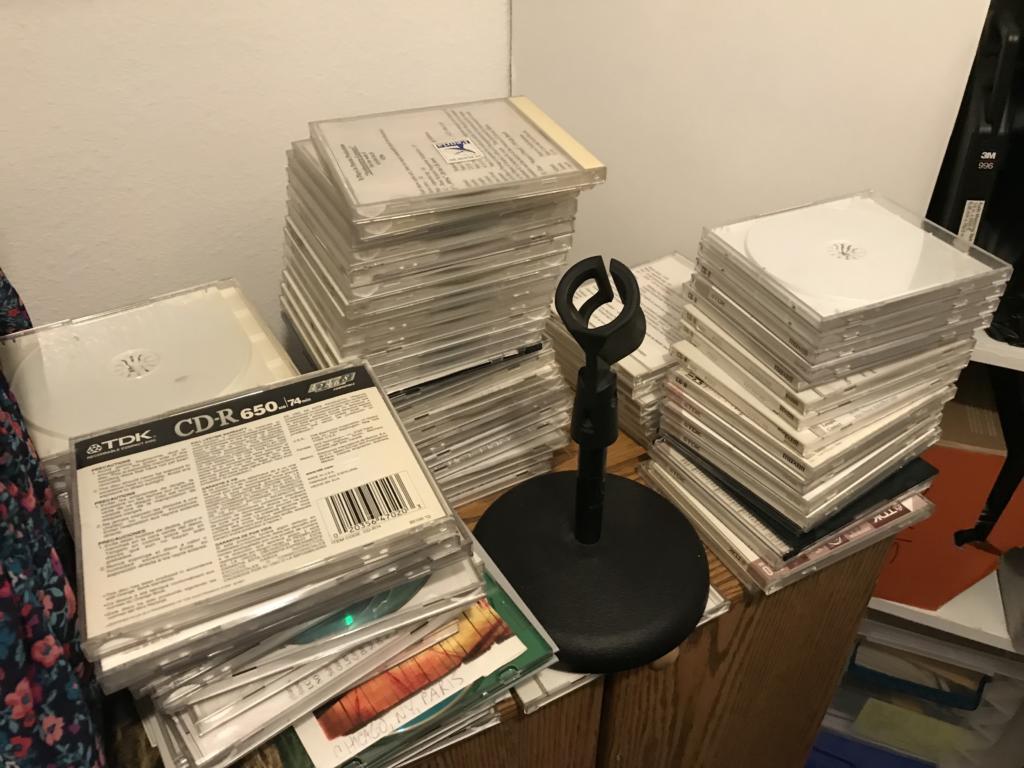 Paul Nelson is founder of SPLAB (Seattle Poetics LAB) in Seattle, the Cascadia Poetry Festival and the August POetry POstcard Fest (PoPo). www.POPO.cards. He has published a collection of essays, Organic Poetry & a serial poem re-enacting the history of Auburn, WA, A Time Before Slaughter (shortlisted for a 2010 Genius Award by The Stranger) and American Sentences, a book of 17 syllable poems drawn from the first fourteen of his 20 years of daily practice. The tenth anniversary edition of that book includes Pig War: & Other Songs of Cascadia. He’s interviewed Allen Ginsberg, Michael McClure, Wanda Coleman, Anne Waldman, Sam Hamill, Robin Blaser, Nate Mackey, Eileen Myles, George Bowering, Diane di Prima, Brenda Hillman, George Stanley, Joanne Kyger & many Cascadia poets (see: https://paulenelson.com/americanprophets/) has presented his poetry and poetics in London, Brussels, Bothell, Cumberland, BC, Qinghai and Beijing, China, Lake Forest, Illinois, Ukiah, CA, and other places & writes an American Sentence every day. www.PaulENelson.com
View all posts by Splabman →
This entry was posted in Uncategorized and tagged 4Culture, Ethelbert Miller on In Search of Color Everywhere (African-American Poetry), Jonathan Wright on the FDA's war on alternative medicine, Karen Bolesky on Some Neuromuscular Integration, Marcus Green, Marlo Morgan on her book Mutant Message from Down Under, Matthew Fox on The Reinvention of Work: A New Vision of Livelihood for Our Time, Michael Meade on California's Proposition 187, neoliberalism, South Seattle Emerald, Spiritual Politics Corrine McLaughlin and Gordon Davidson, SPLAB Interviews. Bookmark the permalink.