A participant in an open mic recently mentioned how important such spaces are now in our culture, with such political unrest and division. She could have also mentioned the ecological crisis we’re experiencing, or the violence that’s becoming routine, as in the recent Parkland High School massacre in Florida or the extra-judicial executions by police officers which inordinately impact certain groups, among numerous other things.

I have always appreciated the literary sanghas that, fortunately in Seattle, have been easy to find. First, for me, with Red Sky Poetry Theater, then SPLAB in Auburn and Columbia City, as well as what’s now the Easy Speak series in Wedgwood. An attempt to extend that last series to Rainier Beach is coming to an end, but that is another story.

One other place friendly to poets has been C&P Coffeehouse in West Seattle (recently given new life thanks to a crowd-funding campaign. Thanks to an invite by Leopoldo Seguel to be the feature at his Poetry Bridge series, I will be one of the featured poets on Wednesday, March 14, at 7pm. The other is John Olson! One of my all-time favorite poets and humans. Please consider coming out, reading at the open mic and enjoying the show. 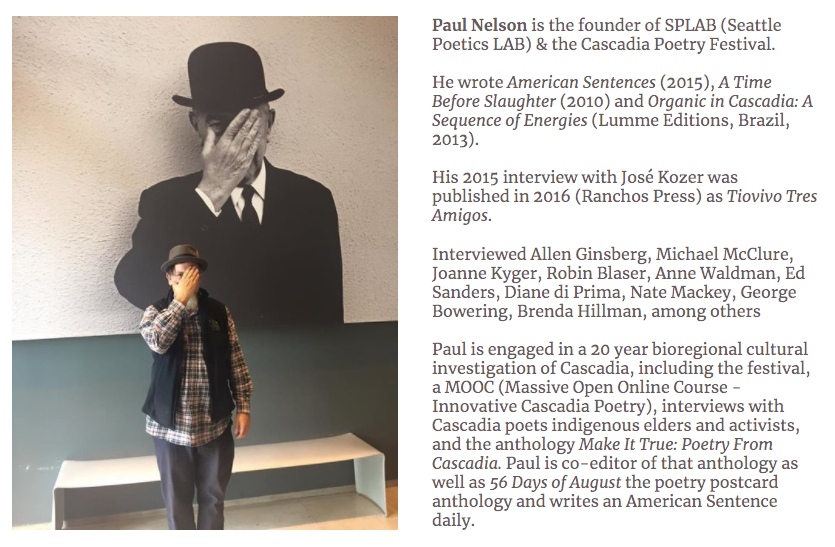