It’s official now. The historic radio interview archive that was created mostly between 1993 and 2004 will now be housed at and preserved by the White River Valley Museum in beautiful Auburn, Washington, the former Slaughter.

This news article by the impeccable Robert Whale says it all: 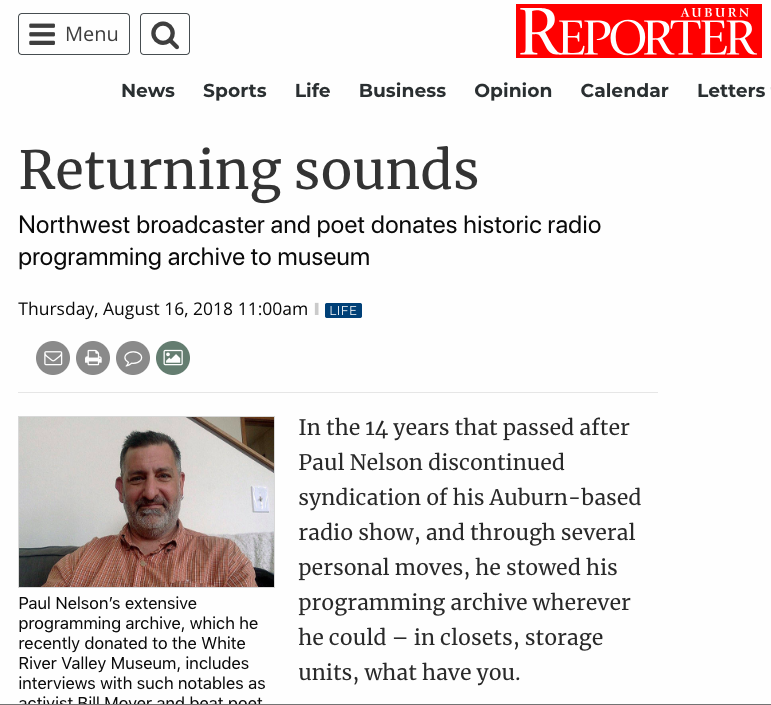 The Museum’s press release was posted at Splab.org a few days ago, but seeing it in the “paper” makes it feel that much more official. This comes a few months before the organization now known as SPLAB celebrates its 25th anniversary. The party happens December 14, 2018 at the White River Valley Museum:

Speakers scheduled at this time to discuss SPLAB, the interview archive and the history of the organization include Dominick DellaSala, Jason Wirth and Greg Watson. We hope to see you there.