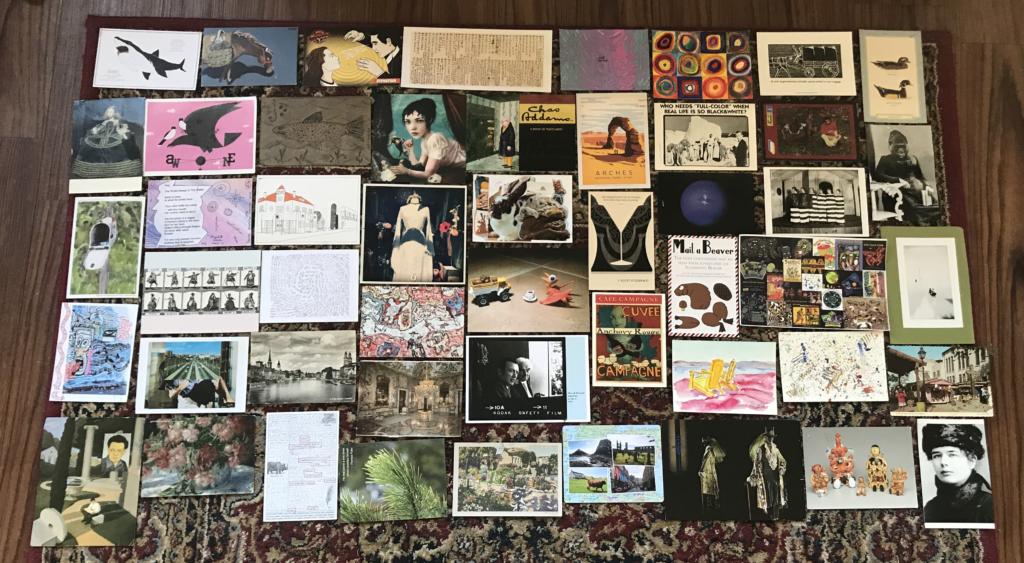 Here are two short videos of the postcards I received during the 12th August POetry POstcard Fest. #APPF12. These cards were the ones I received by September 4, 2018. 50 as of mail delivery time today. I am humbled and honored at how this fest has evolved. To folks like Judy Jensen, who said: “As a longtime participant, the fest has become a fixed part of the calendar, as established as Easter or Thanksgiving or Christmas” and to Terry Holzman, who is a postcard machine and contributes so much to this community, and to everyone who has participated, even the people like Raymond Maxwell and Anthony Kolasny and others who sat out this year, my humble appreciation.

The official festival page is: