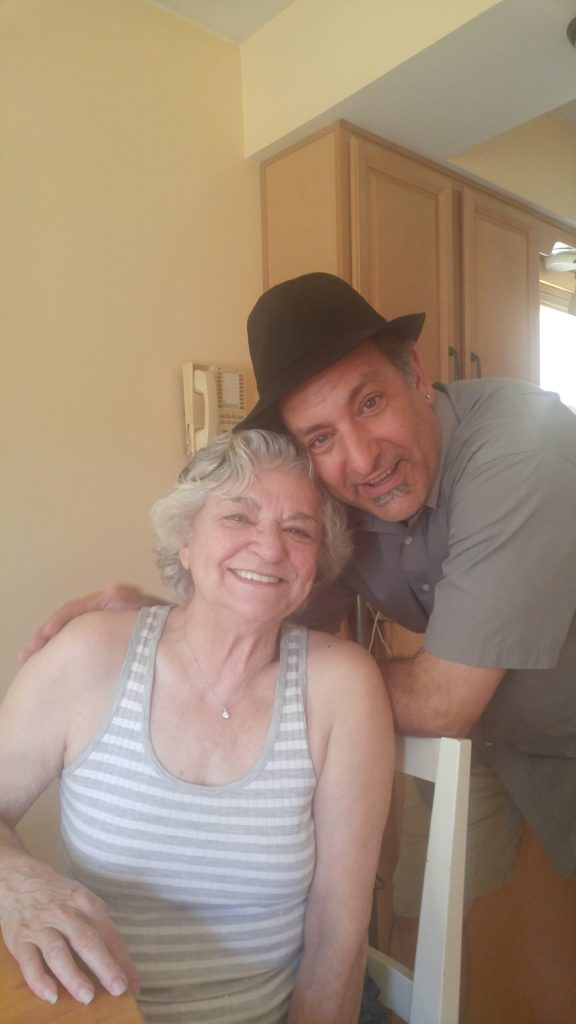 When Bhakti and I were in Chicago last September, my Ma, Lesbia Nelson, was having lower back pain and so I offered some of my CBD salve. She tried it and loved it so I left the jar with her, but when I got back to Seattle, she wanted more. I told her I was not sure it was legal to mail it, but then realized I could send it by UPS, so she sent funds for the salve and shipping, I got the salve at the marijuana store and put the two jars in an empty yogurt container and wrapped it with paper from a Trader Joe’s shopping bag.

I went to the UPS store and the clerk asked me what was in the package and I told her “skin cream for my Cuban Mother. Her first name is unconventional” I told her. She said “no problem” and filled out the address form, which was easy because I had shipped things to Ma before from the store. When the clerk handed me the shipping form so I could verify it was accurate it was addressed to: Unconventional Nelson. I should have taken a photo, but instead I said: “No, my Mom’s first name is… well, let me spell it for you.”