The joy of hanging out with poets and NOT having to attend AWP!!! Thank you Knox Gardner for lining up this with your humble narrator and other SPLAB poets: 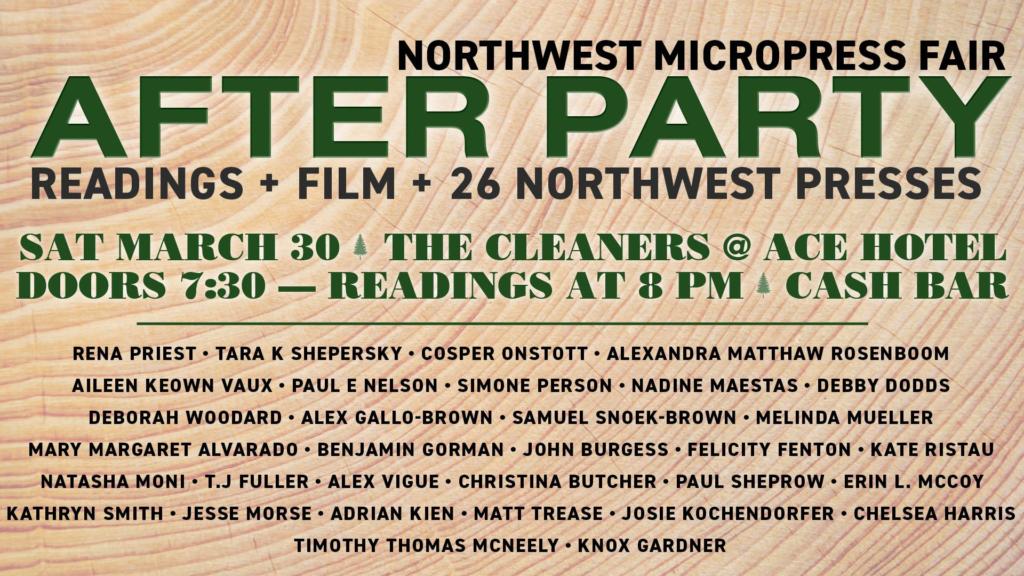 Twenty six of the Northwest’s many of the smallest, newest, and best literary presses, magazines, and producers have been selling books all day and are ready to cut loose and relax!

We’re flipping the room from the Northwest Micropress Fair (doors closed from 6:00 to 7:30) and re-opening with a cash bar and so many fantastic readers from across the Northwest.

The party is after the work: 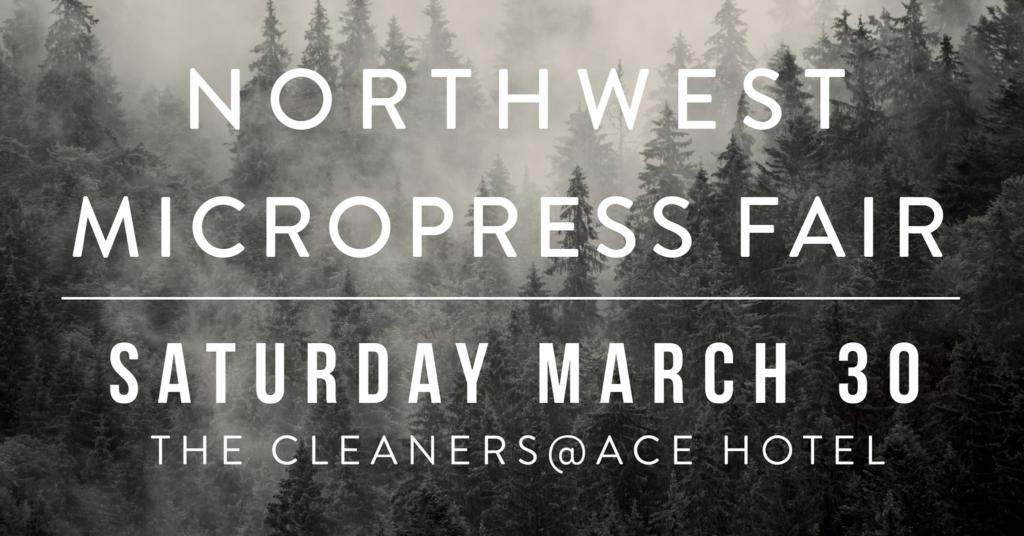