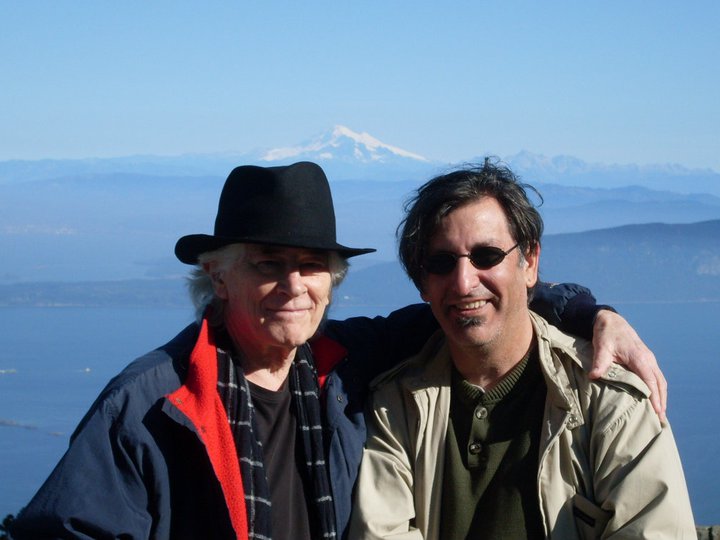 I loved hearing Michael McClure and Allen Ginsberg at Naropa in 1976. See:

and thinking that may have been the visit where Michael did his presentation on the Personal Universe Deck. See:

I can’t today articulate all that Michael McClure has meant to me in my poetry life, in my life. He helped twine the two by suggesting I read Projective Verse and it is a cosmology, a life-way as well as a poetics, something SPLAB was built on and which the SPLAB Board and I will begin to articulate in the next year. For now though, please enjoy this birthday poem written for Michael on his 87th: 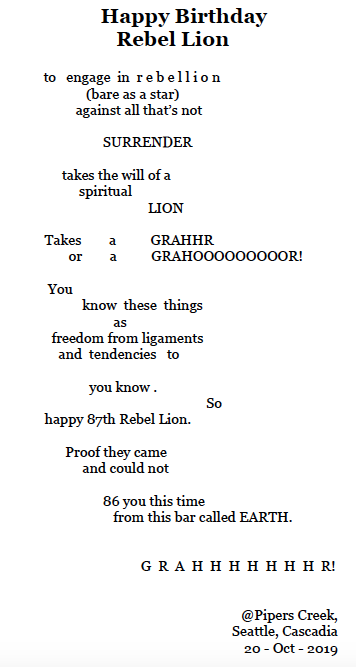