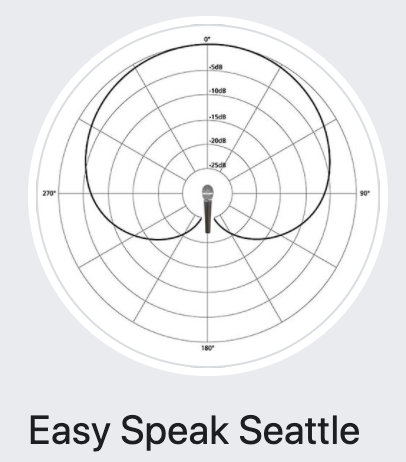 My regular open mic (sorry Peter, but “mic” is short for microphone and “Mike” is short for Michael) EasySpeak Seattle has been on hiatus since February AND WE BOOKED SO MANY COOL FEATURED POETS and they’ve all been cancelled. Ugh. (Well, their feature has been cancelled, not they themselves.) Best guess now is a return to EasySpeak in April since public health is now a culture war in this age of hating people who have such a commitment to study that they are EXPERTS. Oh to be Canadian!

So my one-lettered Song Cousin, T., sent a missive to we EasySpeakers and this morning I added my response, which I thought you might enjoy:

Thanks for this glorious missive. I miss all you do AND the gyro Caesar salads with feta. Summer is a time when, for me, the focus is on the writing (postcards included! 14 days left to register for POPO 2020: www.POPO.cards) and the aspects of life that are fodder for the writing: camping, long days, sunsets, hiking, day trips, travel, &c., so this time of year feels like an ok time to break from in-person gathering, but then I still miss the Bumbershoot Book Fair to call us back to the Literary Season, so the missing of things seemingly does not stop!
And Peter tells me he does not expect there to be EasySpeak until April. What kind of world will we have by then? How much will have happened as 2020 is only half-over! New leadership? New programs to begin to address and dismantle the various longtime injustices that in many ways this country was built on? “May you live in interesting times” is the Chinese curse and here we are. “Poetry is the language for a state of crisis” says Mallarmé and here we are.

I am reminded of the Rune Tiwaz. It looks like an arrow pointing up. There is a great write-up on this rune at: www.runesecrets.com/rune-meanings/tiwaz It says: “Tiwaz is a warrior rune named after the god Tyr who is the Northern god of law and justice… Tyr is a one-handed god with a long history, and his hand was sacrificed to trick the wolf, Fenris, into being chained. Tiwaz is just victory according to the law of accumulated right past action…”
And while it seems simple and easy to stay at home and wear a mask when you are outside shopping or getting gas or taking videos of another police lynching, it is NOT common sense in our selfish culture, so the common sense crowd continues to sacrifice our rituals, regular poetry gatherings among them. We go inside (in all aspects of that phrase) and we come back stronger and with more life force. In runic culture they would use the word hamingja for a kind of luck passes down via generations.
Bhakti was reading the Dale Pendell book Pharmako Dynamis last night in bed. (It was a birthday gift from someone who loves her.)  She pointed out that in Inuit culture, the special relationship that develops between two poets has a certain name: 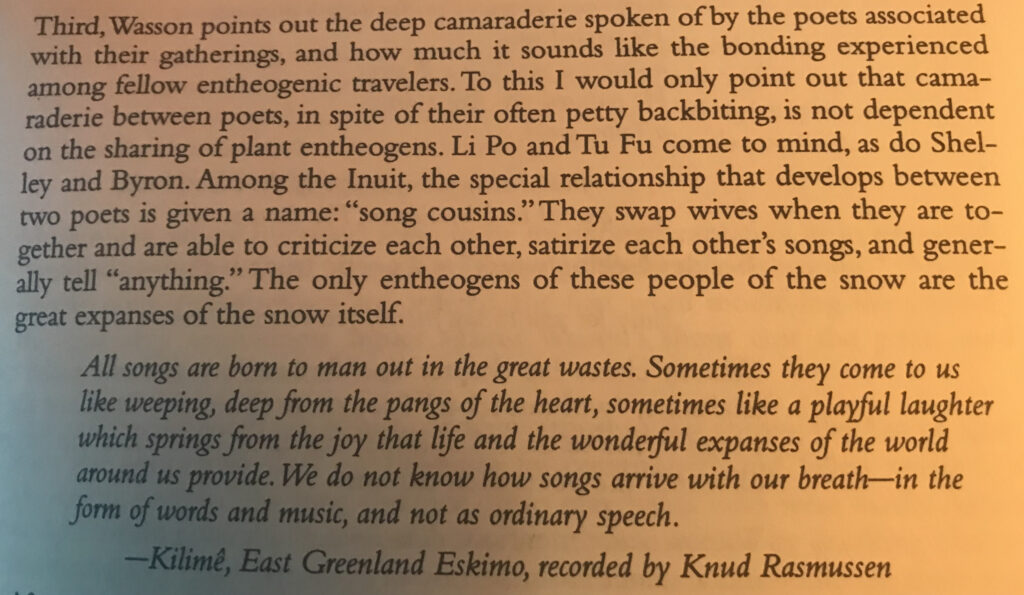 Bless all of you, my Song Cousins. I look forward to hearing your Cante Jondo upon our joyous return.
Paul
P.S. One more Cyberknife treatment for prostate cancer Monday and I should be good to go.