Some Notes on the Minuses

I was having a discussion with an elder poet about a poetry experience that I had recently which left me feeling outside. The funny thing is that’s where I want to be. I can’t do anything but attempt to mine the depths inside me for the deepest gesture of which I am capable, so that’s one huge step out of the North American poetry mainstream which Charles Olson warned about when he referred to the “dodges of discourse.” (Human Universe.) It’s a dodge to follow the dictates of discourse, to lapse into rhetoric, to re-state what we already know or what is given when composing a poem, to abstract, generalize or veer from direct perception. Olson said in Human Universe “(The distinction here is between language as the act of the instant and language as the act of thought about the instant.)”

This elder I contacted called this stance-toward-poem-making (the dodges of discourse) “naïve poetry” and it was just what I needed to hear. Not interested and bored by most of it which puts me on the outside. (I’ve heard George Stanley and Michael McClure both ridicule such work by saying “you could publish it in the New Yorker!”) Olson said about this stance toward poem-making: “I am no longer engaged” and I feel his pain.

To celebrate that 5% of North American poetry (a number I simply pulled out of some wet, warm place) one must savor the books that go beyond the dodges of discourse. One which came across my desk a couple of months ago is The Minuses by Jami Macarty. She divides her time between Tucson, AZ and Vancouver, BC and so is at least a part-time Cascadian. 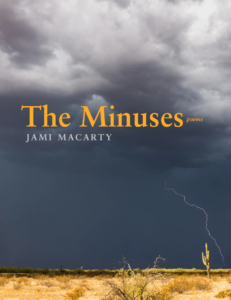 As I was reading The Minuses I took some notes as if I were going to interview her. So, this is not a “review” which is not my forte, but some notes on The Minuses.

Background (substrate) for the book is provided on the back cover and is so elegant and comprehensive and SO RELEVANT for our time that I want to quote it in full here:

The Minuses beckons attention to ecological and feminist issues and the co-incidence of eating disorders, sexual harassment, family and intimate partner violence, homelessness, suicide, environmental destruction, and other forms of endangerment. Seeking escape from relationship, belief and self, multi-perspective survivors claim voice as contemplators of natural splendors, and as seekers of incarnate desires. These voices amplify the precariousness that predicates women’s lives and the natural world, laying bare the struggle and faith required to endure with integrity and spirit intact.

First note is from the poem Two-way: 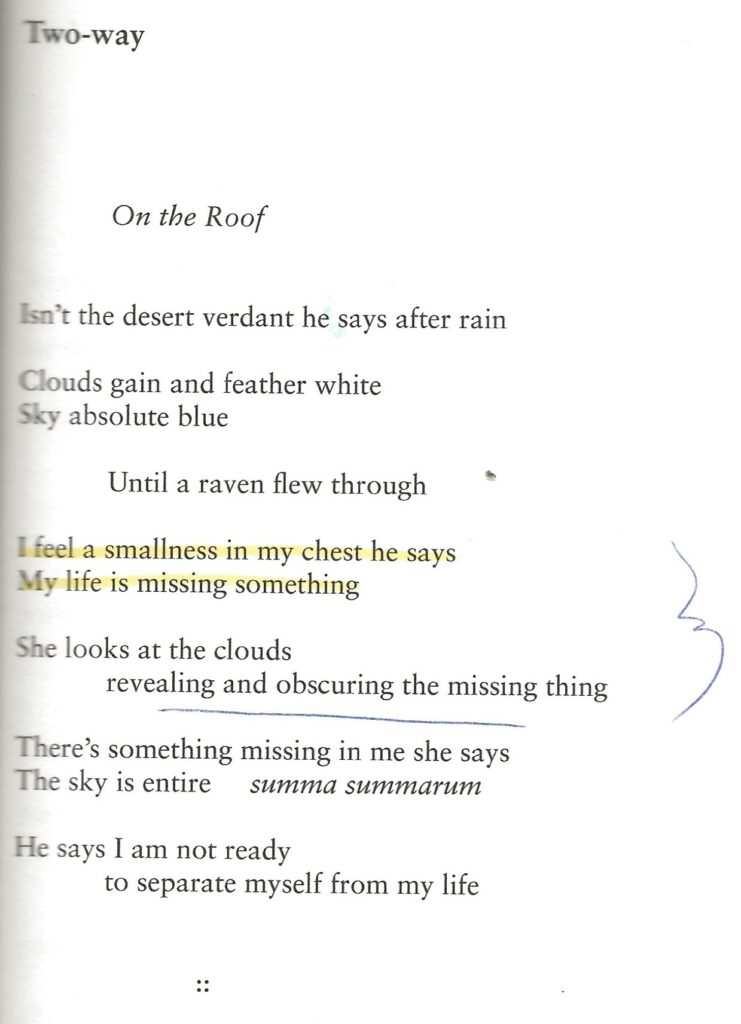 In many North American indigenous cultures Raven is associated with death, or transformation. A trickster like coyote in some traditions. In J.C. Cooper’s book An Illustrated Encyclopaedia of Traditional Symbols (a go-to book for me) Raven represents prophecy, is a symbol of “blackening and mortification” in alchemy and also “The raven sent out from the Ark by Noah represents wandering, unrest and the unclean.” Here’s where we remember the allusion to violence in the back blurb and recognize the divinity the author sees missing from the situation. I love how she ends the poem, referring to a helicopter taking off, leaving “the earth-abandoned swirl.”

In the poem Sway, she begins:

I climb aboard the hammock strong enough for two

I do not want sensation without emotion”

“Among the saguaro agave ocotillo and cholla flowers

I sway in the mold of my own back

memorize by mouth  by hands

nothing nobler than the body”

After a poem in which the author is concerned about weight (she wants water because it is:

there is the poem Site Record: 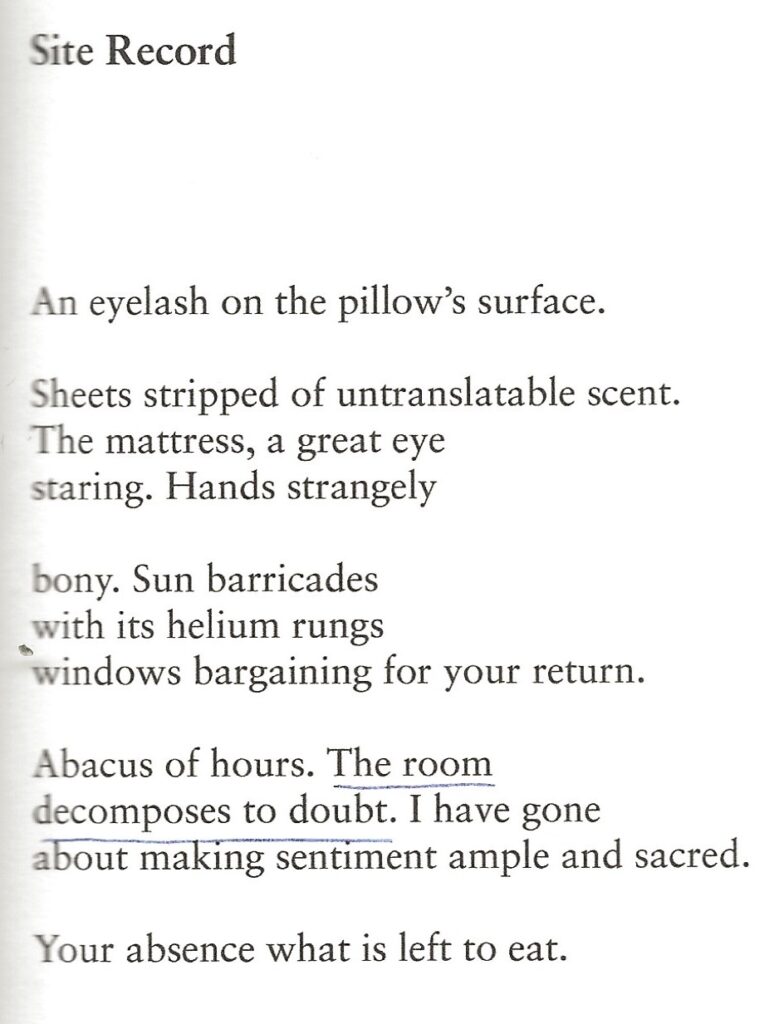 Take THAT you SOB!

In Reverse of Shadow there is:

And in the poem Monsoon Desert she begins:

“She is what she fears and in the desert fears sun”

And one could go on like this, pointing out the very sharp perceptions, the moments where one feels aligned with the poet, perhaps re-experiencing the worst moments of relationship (though as a straight man, I am much less likely to experience physical abuse or violence in a relationship) but I’ll leave you with the first half of a poem entitled Equals Rain which strikes me as a classic Cascadia poem. In the notes at the end of the book, which are helpful and not “here’s what this poem means” which is what you might find in a book of naïve or “workshop” poetry, she writes that the poem is “indebted to Leslie Scalapino and Rosemarie Waldrop.” Here are two poets that are both well known in “outsider” North American poetry circles and give you some sense of the poetry ancestors she has allied herself with. 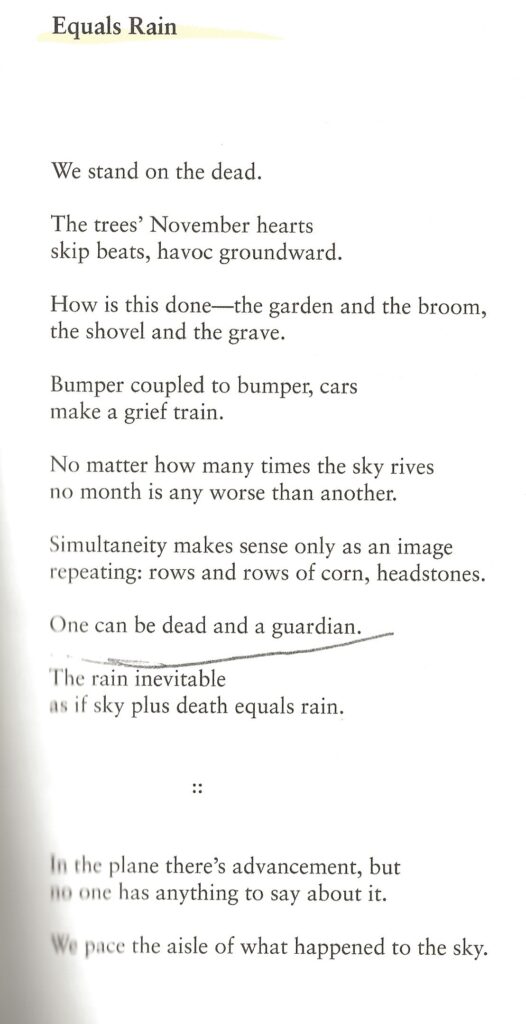 That last line (not the end of the poem) is the kind of surprise mind and sharp perception that runs all through this book.

1 Response to Some Notes on the Minuses