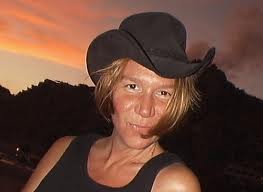 Two months ago, our dear friend and loved writer Tara Hardy went to the emergency room. She was extremely fatigued and little red spots were appearing on her legs and cheeks. When doctors told her that the platelets were low in her blood, so low that it was a miracle that her brain didn’t suddenly hemorrhage, she found herself with a sudden life threatening (but un-diagnosed) condition.Being both stubborn and proud, Tara told only close friends and struggled to pay for mounting medical bills on a poet’s salary. She is still without a diagnosis, but in a dire medical struggle and her savings is gone.

On February 23rd, at the Fremont Abbey, Tara’s friends and colleagues will host a benefit to raise funds.  BOOST: Poetry to Uplift Your Spirits will feature a line-up of Tara’s nearest and dearest, reading feel-good poems for this great cause.  We do hope you’ll join us there!

An important note:
The money raised from this show will help greatly.  However, it’s not enough. We need to raise $10,000 to help Tara with one year of medical care.  You can make a donation today, right on this page. You can also post an encouraging message. We believe that helps too.

Thank you for your support, and we hope to see you on February 23rd.