This past weekend was my first visit to Smoke Farm in Arlington, WA for the annual Lo-Fi Arts Festival. The farm was purchased in 1993 by the Rubicon Foundation which operates it as an arts and educational facility. The farm is large, 365 acres on the Stillaguamish River and there were about 70 different artists and collectives represented, performers, installation artists, poets and a marching band. The Four Hoarse Men performed two sets of sound poetry in an unscheduled fashion led by Greg Bem who had attended the fest in 2011. 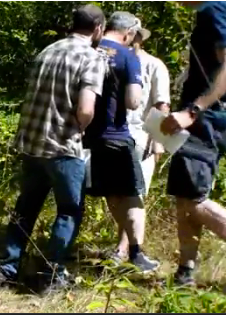 There was an installation of braided grass by Sarah Kavage. One installation featured a grave marked PAST and one marked FUTURE into which participants were encouraged to write a note for something they would like to leave in the past in the grave marked PAST and a note for something they would like to attract by dropping it into the FUTURE hole. (One note visible in the FUTURE hole was “I Want A Puppy.”) Another installation was molds of blue and green jello placed on the ground. I bumped into the artist who told me that it was to reconnect us to the place where we get our food, that jello is made of tallow (gelatin) and that tallow comes from cow hooves and cows walked the ground of Smoke Farm, so she made jello and put it on the ground. Kate Lebo had a pie stand. Doug Nufer had a mini Hollywood production for his piece that was done in the river itself. 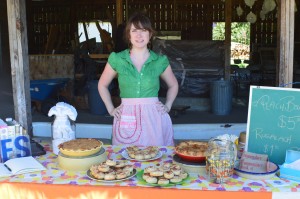 The Hoarse Men did alphabet sound poems, poems from Jerome Rothenberg’s book That Dada Strain and other pieces. Video is linked on the Four Hoarse Men blog. We had a very good idea for next year’s fest should we be accepted.

The farm is a remarkable resource and, while this event is still figuring out how to best organize itself, balance quality with an open feeling, it is worth the 90 minute drive to have a day or two in the country and support the important work of the farm and the foundation that helps make it go. 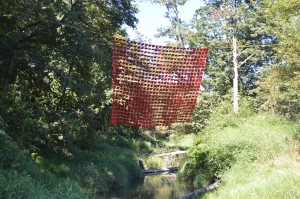 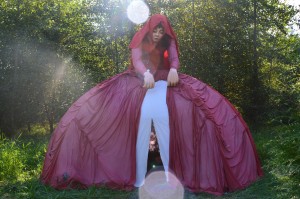 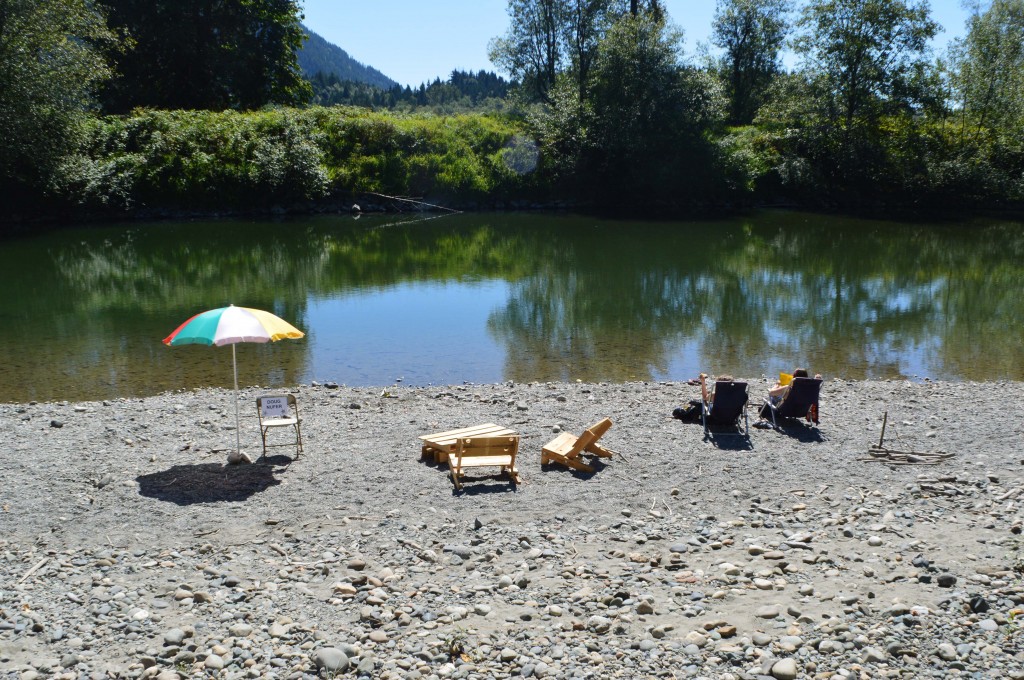