The Indigenous Perspective on the “Mayan Apocalypse” 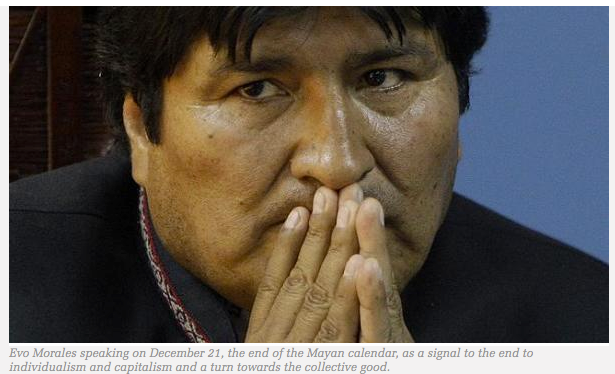 One of the great amusements in life is to watch how settlers (& their descendants who have not evolved their thinking) continue to view world events through their own cultural filters and then how they use the muscle of their media empires to brainwash anyone who refuses to think critically, or use their own consciousness to separate the hokum from reality. Today’s “Mayan Apocalypse” is near the very top of my list of amusements and rather than bring on the end of the world, as in the fundamentalist Christian interpretation of the Rapture, it suggests the new ways of engaging reality are much more like the traditional indigenous ways according to one of the most credible interpreters of this important Mayan milestone.

Today at 3:15A Pacific Standard Time, the Winter Solstice commenced putting us into a new era in the Mayan Calendar. The President of Bolivia, Evo Morales, is an indigenous man who spearheaded his country’s remarkable Pachamama legislation, essentially giving the environment human rights. Compare this to the U.S. Neo-Conservative approach, giving corporations human rights. In his much-quoted speech to the U.N. General Assembly, he said:

I have always had an affinity for traditional Native American thought. I was informed from an early age that we have some Mohawk blood in our family tree, on my paternal side, and that was always presented as a positive, though that may not have been the case back when it happened in upstate New York. That ancestor’s name was Salmon Grover. When I moved to Cascadia in 1988, it was not long before I was taking sweats on the Suquamish Rez and learning about Puget Sound Salish culture. I became friends with a Lummi man who went by the name of Beaver Chief and started a medicine circle at the old SPLAB in Auburn, featuring Beaver Chief and other indigenous people as facilitators and learning some of the sacred songs of the Salish “Indian Doctors.” Johnny Moses continues that work today at his Red Cedar Circles. 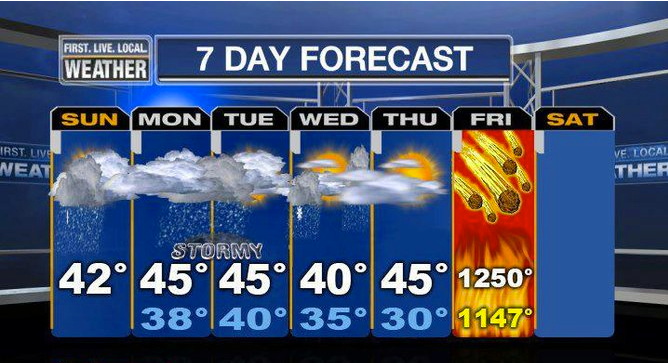 Look at the debate agenda Morales called for at his September 26, 2012, speech and compare that to the perspective of the descendants of settlers who, it is said, can more easily envision the end of the world than the end of Capitalism:

Number 3: Climate crisis, relationship of the human being with nature

Number 7: Living well as a solution to the global crisis, because we affirm once again that one can only live better by plundering natural resources. This is a profound debate that I would like to have with the world.

Number 9: Integration, brotherhood, community economy, complementarity, right to communication, community learning for life, the new holistic human, the end of patriarchy, awakening of self knowledge, and of course health which is so important.

The debate will happen, of course, because Evo Morales and all indigenous leaders understand the implications of the domination approach to life. It does not work and they know we have entered an age when attempts at domination and a furthering of the anthropocentric agenda will not only fail, but will sicken those who continue efforts to perpetuate it.

In the spirit of indigenous wisdom, please consider listening to a 1999 interview I did with the late Indian Shaker Doctor Fred “Beaver Chief” Jamison, who died on June 8, 2000. It’s linked here.