The Last of the 2012 American Sentences 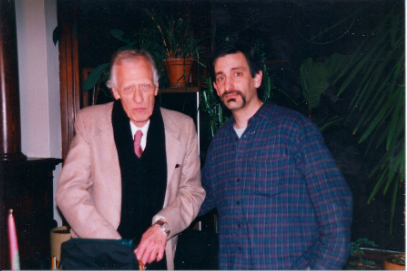 It is one of the worst feelings I ever get and most poets have experienced it at one time or another. The lost poem. I remember Ed Dorn at the Spokane Library less than a year before his death talking about losing poems that were the best he’d ever written. Maybe they were, or maybe that was an expression of the grief at having lost them, especially so late in his life, but I got what he was saying.

(An aside, what a great thing it was to meet the old Gunslinger himself. Charles Potts set his old friend up with a tour with readings in Walla Walla and Spokane and we stopped to see the remarkable Palouse Falls on our way to Spokane. I’ll never forget Ed breaking down at the Spokane reading when he was discussing heretics. Do you know that passage from his epic poem “Gunslinger?”

Entrapment is this society’s
Sole activity, I whispered
and Only laughter,
can blow it to rags
But there is no negative pure enough
to entrap our Expectations)

But I digress. I misplaced my pocket journal which covered late September, October and November 2012. 2012 had ended, I completed 12 years of writing an American Sentence every day and I could not find the journal chronicling a twelve week period! ARGH! For about two weeks, that was always in the back of my mind somewhere, the missing journal. There were several attempts to find it and then finally, with the help of my better half, we went through my typical thought trains until there it was, under a pile of “to-dos” on my desk. ARGH! I went over the sentences, reading ones to Mer that had a chance and seeing her reactions. Of course I shall add them to the 2012 archive post haste. For your enjoyment, the last few 2012 American Sentences:

& one more Ed Dorn photo, this one with a young version of me and a bearded Charles Potts: 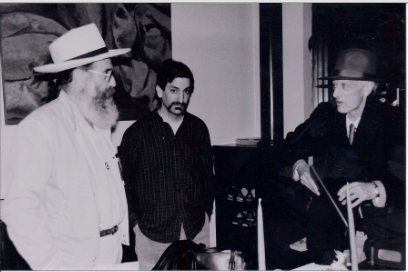