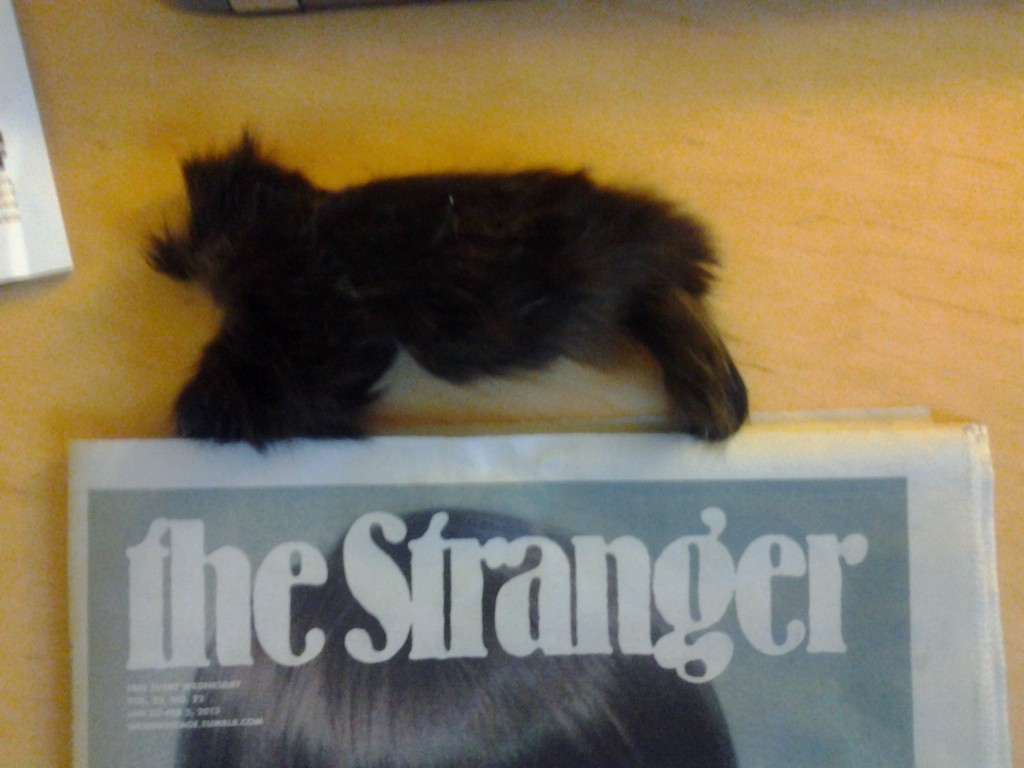 One function of my practice of writing a daily American Sentence is as a journal. I will go back to these not for the literary merit, but to remind myself of life’s little trials and twists. Having a baby. Having a hernia. Not being able to pick up a baby because of a hernia. Having a medical team from the Philippines, China, Vietnam, Mexico, Nashville and elsewhere help repair a hernia. Having a cat start to drop fur in hunks around the house. Thinking about hernia surgery. Seeing hernias in the sky. News stories in downtown Seattle and at O’Hare in my hometown. Having a baby who likes to put hunks of cat fur in her mouth. Seeing what kinds of food can go into a baby’s mouth and the facial expressions that result. (I remember taking a picture of Rebecca after giving her straight cranberry juice for the first time.) A trip to Doe Bay. Weird shit from dreams and not enough syllables (or desire) to mention they are dreams sometimes.

but here are a few of my faves so far this year:

1.3.13 – When feeding she reaches for the biggest thing in the sky – her father’s nose.

1.12.13 – Zappa’s fur is not getting matted and falling off – feline dreadlocks.

1.15.13 – Eighteen human heads found at O’Hare Airport have nothing to declare.

1.26.13 – His headlights escape Lake Washington Boulevard one tree at a time.

2.6.13 – West Seattle on California we pass by the Psychic Barber.

2.26.13 – The winter fly died trying to get inside the disposable diaper.