Mer and I moved from Columbia City to Hillman City in October 2011. The neighborhood just south of Columbia City, it’s still more diverse than Columbia City and (as of this writing) has none of the huge, ugly condo projects going up that are starting to turn our more famous neighborhood to the north into a yuppie you-know what.

So, we were delighted to learn of a new brewpub, Spinnaker Bay, which opened up a few months ago. It is a woman founded, built, owned and run brewery at 5817 Rainier Ave S. We also saw our friends John Helmiere and Ben Hunter team up to move their respective projects, Valley and Mountain and Community Arts Create into the space at Orcas and Rainier.

So, when we heard about Tin Umbrella, a new Hillman City cafe that would have an Ethiopian slant and deliver coffee via bicycle, we realized the momentum was picking up quickly. So Saturday (7.27.13) Mer put Ella into the stroller and headed west about three blocks to the cafe for the Grand Opening featuring Mayor Mike McGinn. 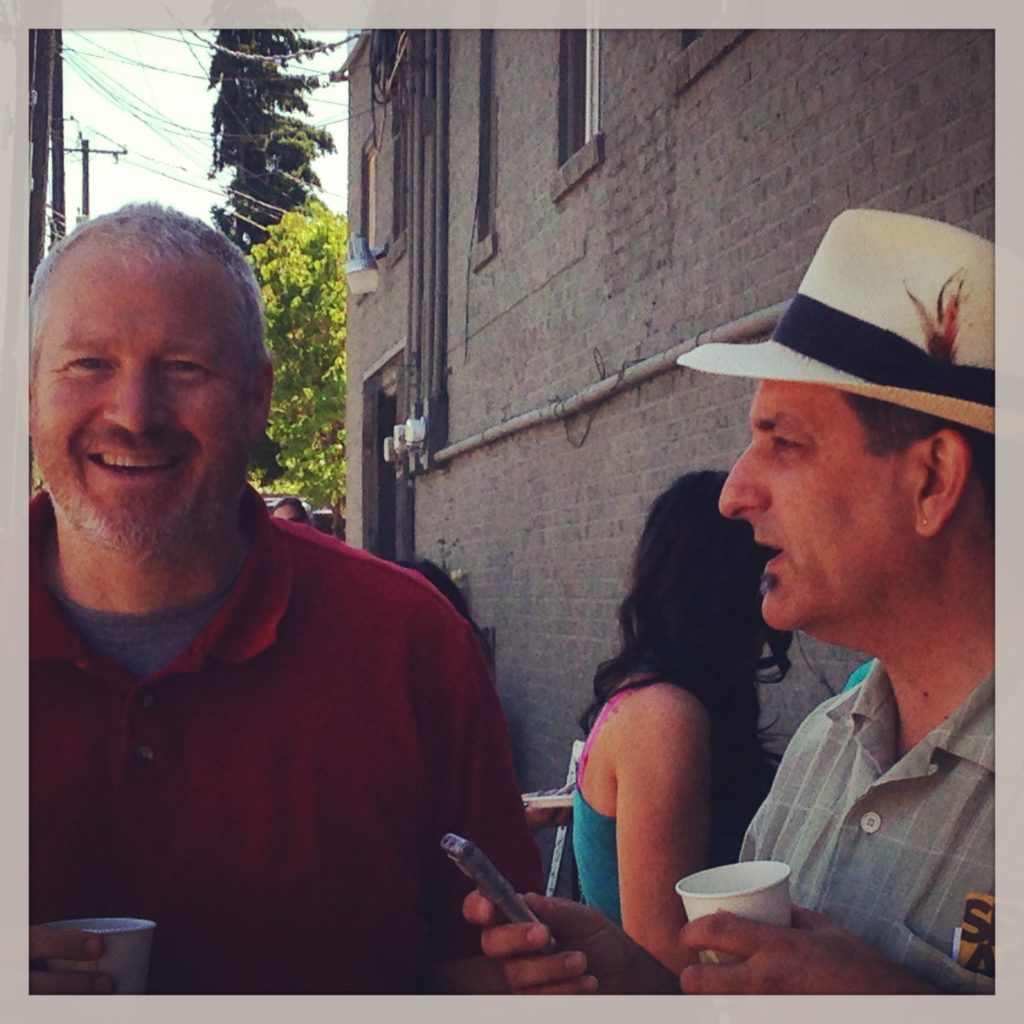 I also talked to the Mayor about seeing him at poetry readings in town. (Click here: :36)

I asked Councilmember Clark about how we might stop oil trains from going through our fair city and avoiding the tragedy that happened in Quebec recently. (Click here: 2:25)

I just have to say I have listened to the Mayor’s speech a couple of times now and really like what he had to say. He’s the only Mayoral candidate I know to come to Hillman City and his comments about the culture here in Seattle were right on. I told him each time he attends a poetry reading, his poll numbers go up. (At least with me.)