Getting to Know Cascadian Poets & Poetics 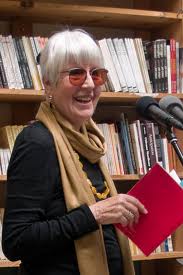 It was after I finished my M.A. from Lesley University, a course of study I organized with the help of a few select advisors that one of my most close readers, Chuck Pirtle, suggested what I was heading towards in my writing was in helping define a West Coast poetics. It was not long after that push that I narrowed my focus to the Cascadia bioregion and tried to articulate what I found innovative. I was interested in how the Black Mountain school of poetry was adapted by the poets here, how a sense of place figured in, how indigenous and Asian wisdom traditions informed the stance toward reality of the most exciting poets here and how I could craft my own poetry and poetics as an extension of all this.

This year’s second Cascadia Poetry Festival features two well-established poets that have quietly dedicated their lives to Black Mountain poetics and beyond and were both part of the San Francisco Renaissance of the late 50s and early 60s. They are Joanne Kyger and George Stanley and the poetics fostered by Jack Spicer, Robin Blaser and Robert Duncan, which they in different ways espouse and practice, are a huge part of what has been innovative in Cascadia.

Ammiel Alcalay’s Lost and Found project of the Graduate Center of the City University of New York understands the significance of these writers and the third wave of chapbooks in this series features Letters to and From Joanne Kyger. Here is an excerpt from what she wrote for the Harriet blog about her early days in the San Francisco scene:

I first met John Wieners and Michael Rumaker in the early fall of 1957 in North Beach, during the excitement of the San Francisco Renaissance. They had arrived from Black Mountain College in North Carolina which had closed the year before, with lots of stories that made the school seem like a dream for writers and artists. I had just come up from UC Santa Barbara and was full of all the first time exuberance and dangers of living on my own. John had charm, humor and empathy which was immediately endearing. Michael with his swift intelligence and tender emotions taught me how to drink gin martinis with Rhine wine instead of vermouth. Really a significant way to get messed up. Which we already were in our attempts to keep jobs, write, stay up all night in North Beach, and find a “comforting” emotional life. Usually with the liberal assistance of “mother’s little helpers.” Depression, and anxiety were good steady companions. John, hand to forehead, “I can’t TAKE it anymore.”

The books are expensive, at $25 + shipping, but what a document of an era which shapes the best of what has happened and continues to shape poets interested in what Robin Blaser called “The Practice of Outside” as well as “the spiritual chase.” 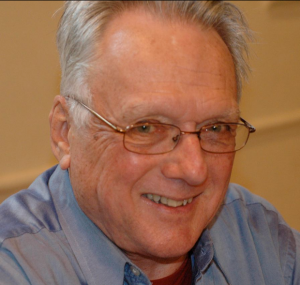 George Stanley is featured prominently in this chapbook of letters and he and Joanne Kyger will both be featured at the Keynote reading Friday, May 2 in Seattle U’s Pigott Auditorium and the following morning on a panel focused on innovative poetics in Cascadia facilitated by Nadine Maestas. George was given a beautiful feature in The Capilano Review a couple of years ago and I did an interview about his After Desire project and other issues in 2012 and find that linked here.

1 Response to Getting to Know Cascadian Poets & Poetics