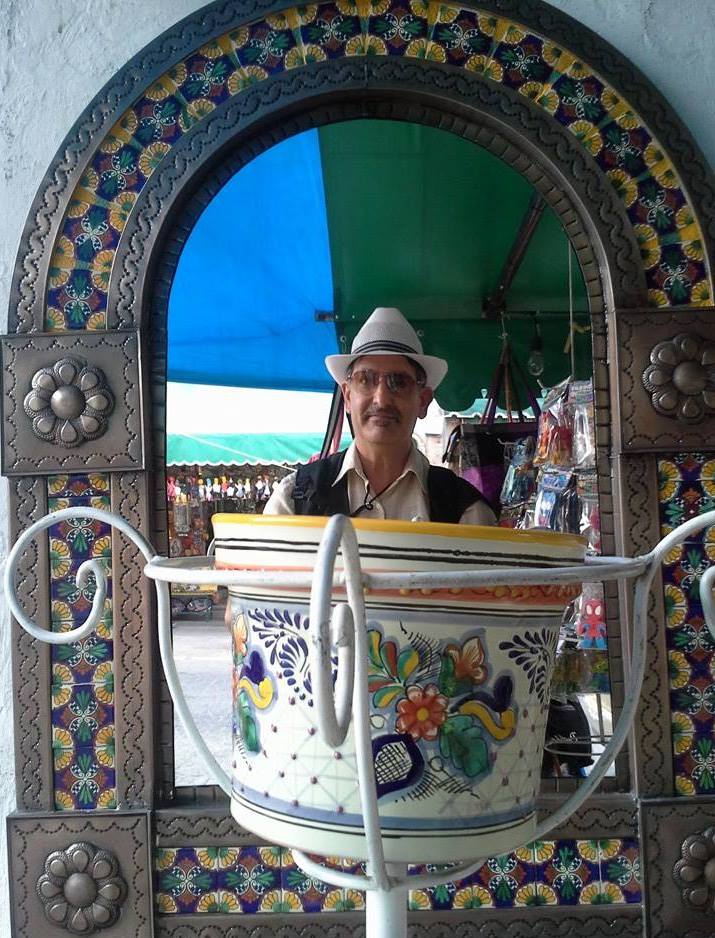 I am experiencing my first Subud World Congress here in Puebla, Mexico, and it is stunning and miraculous. The intensity of the collected intention of 2,000 people who share an obscure (but powerful) method of positive self-change (latihan), who have assembled from at least 65 countries to elect new candidates to guide the world-wide organization, deepen their sense of connection with each other, get guidance on the challenges in their lives and to recalibrate the mechanism of perception is palpable. It is unlike anything I have ever experienced.

As a poet, I live for the opportunities to write, discuss, debate and perform poetry. When you add the spiritual element to the occasion, the quality of the experience intensifies further. Last night was an event called  Poemas Para la Paz. (Poems for Peace.) The title of the evening comes from a successful event started by SICA, the Subud International Cultural Association. I curated a Seattle rendition of Poems for Peace last September at the Seattle Subud House (Spring Street Center) and it was a great success. Audio of that evening is archived here.

Wynton Marsalis once told me that music is the most abstract of all the arts, but I think he underestimated poetry. Whereas people are content to enjoy music simply for its sound and rhythm, poetry can be intimidating because it uses language and the (sometimes neurotic) desire to ascertain meaning often hinders poetry’s efficacy, or at least the enjoyment of it.

And so an evening of poems dedicated to peace would contain the noble notions of not bombing, shooting, killing, stabbing and – in any way – harming other beings, the sacredness of all life and its inherent interconnection are all themes one would expect to hear at such an occasion, and we did last night.

I took a different tack. I believe that true peace starts with an appreciation of different cultures. With 65 countries represented at this Congress, all of whom share a practice together in the same room at the same time, Subud members understand this concept on one level very deeply. In a testing session I employed to gain understanding into current life challenges, I was aided by one American man, the son of atheists, who blurted out something in Hebrew during the testing and an Armenian-American, fluent in Spanish, now living in New York. Doing it through an Indonesian practice in a Catholic town in Mexico founded by Spaniards added to the richness of the cultural mix. This experience is replicated in different ways 1,000 times every day at this Congress.

So, knowing that true peace begins with an appreciation of other cultures, I chose to read a poem for Frida Kahlo. I had visited her house on the first full day of my trip to Mexico (documented in these photos) and my admiration for her deepened considerably. How she handled the pain from her streetcar accident and various health challenges and managed to create a remarkable and unique oeuvre is one of the world’s great stories. That she spent time in Puebla, specifically at a space which is now a gallery where SICA has sponsored an art exhibit, is also quite beautiful.

So, after giving thanks to God, Bapak, Subud, Puebla, mis Hermanas y Hermanos, Peace in Gaza, & Ochoa y Chicharito, I read Frida One and Too. I hope to blog more about my experience here, but I am journaling daily, writing American Sentences and postcard poems and taking fotos. I am so grateful for this experience.

So I present the poem here below for your enjoyment. (A pdf of the poem is here.) 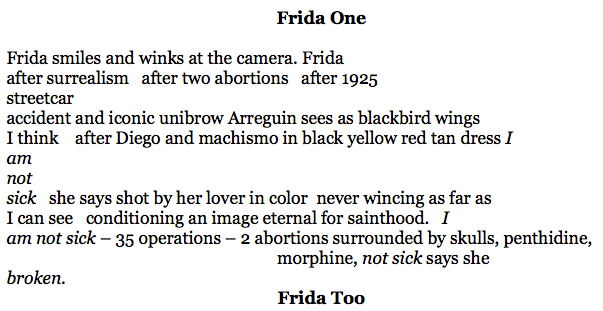 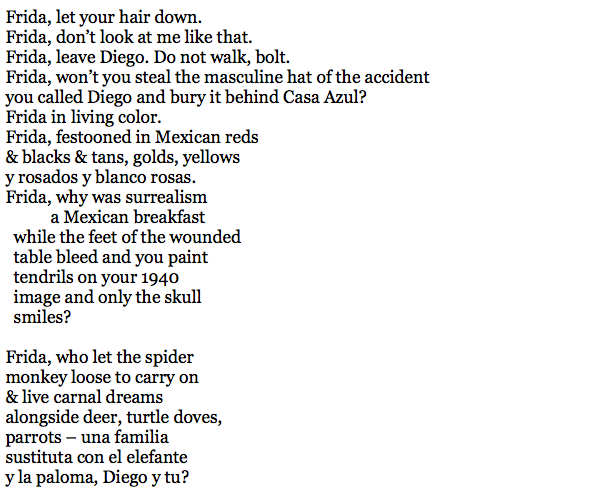